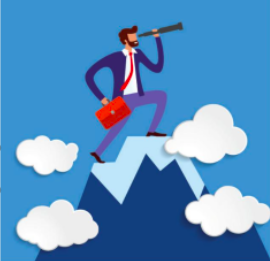 Canada is home to just shy of 12,000 fueling sites. These sites offer employment to more than 85,000 workers who provide services in convenience retail, car wash and at the pumps. Over the past number of years, the industry has been racked by tough labour market realities that have led to businesses searching harder to fill staff openings.

“Employers in all types of convenience and gas operations generally report that their current workforce is composed primarily of students working part-time,” says outgoing Western Convenience Stores Association (WCSA) president Andrew Klukas. Klukas was instrumental in the completion of Sector Labour Market Partnerships Final Engagement Report, the WCSA’s recent submission to BC Ministry of Jobs, Tourism and Skills Training. “These employees are difficult to retain. Employers’ expectations regarding commitment, reliability and flexibility were often not met. This mismatch in expectations is made evident by employees quitting with inadequate notice and being resistant to performing the full scope of tasks associated with the job. Employers consistently report frustration and stress upon having to prioritize the need for constant staff supervision, recruitment and other human resource issues over other aspects of their businesses. One meeting participant said she interviews job applicants every day.”

He reports there are high costs related to finding and retaining suitable employees. For example, the financial hit to companies involved in providing new employees with training and orientation is estimated to be somewhere between $2,000 and $4,000 a month. “One employer with an overall staff compliment of four employees reported training more than 30 new employees over three years at a cumulative cost of more than $60,000. In this instance, all of these employees either quit or were let go for various reasons related to unsatisfactory performance.”

Operators can often see that higher wages would alleviate some of the Human Resource (HR) challenges, but sales gains and profit margins remain low in both fuel and c-gas retail sites. Last year convenience was up by just under two per cent in sales with profit margins holding below five per cent. Dedicated fuelling sites without c-store saw negative growth and much lower profits on gas and diesel sales. This low margin means very little room when it comes to wage increases. Regulatory pay upticks, such as those proposed by Ontario’s previous Liberal government, were met with concern by business that balked at $15 per hour for minimum wages. The new Ford Conservative government has frozen the increase to $14 until 2020.

Across Canada the highest wage minimum – in Alberta – stands at $15. The province was plagued by staffing shortages caused by a tight labour market where high industrial wages ($27.25/average) in the oil patch were pulling lower wage workers from businesses such as hospitality and convenience/gas. The answer was to pay a higher minimum. Alberta Opposition Leader Jason Kenney says he will roll back the minimum to $13 if he is elected. Pundits in the province suggest Kenney has only created confusion in a labour market where it remains a challenge to obtain the staff necessary to run many small retail operations.

One way employers were able to step around the HR problem was to hire Temporary Foreign Workers (TFW). Facing a public backlash because of the optics of the program, the federal government created changes that scaled back TFW. One change that hit c-gas hard was the $1,000-per worker non-refundable application fee. Another change saw the application process slow to around six months. As well, employers were restricted on the number of temporary foreign workers they could hire. According to Klukas, B.C. operators reported having success with the TFW program before the $1,000 fee, but the process has now become too challenging, expensive and time-consuming to be of value to them.

The HR challenge in Canada’s c-gas sector is not expected to ease any time soon. Here are three suggestions that could help to make a difference:

Originally published in the May/June issue of Octane.