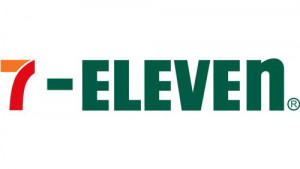 7-Eleven Inc. is taking another step toward reducing its environmental footprint.

The convenience store retailer is adopting the Honeywell Solstice N40 (R-448A) refrigerant as its standard for remote condensers supporting the retailer's refrigeration cases. Installation will roll out across the United States and Canada.

Solstice N40 is the most widely accepted, lowest GWP, nonflammable replacement for R-404A in stores globally, according to maker Honeywell Fluorine Products.

In 2016, 7-Eleven set measurable corporate social responsibility (CSR) goals to reduce its environmental footprint. The company's CSR mission has three focus areas: planet, products and people. Using 2015 as a baseline, 7-Eleven committed to continuing to reduce its carbon footprint and increase community engagement in the U.S. and Canada by concentrating on energy, packaging and philanthropy.

7-Eleven, which aims to reduce its energy footprint in stores by 20% by 2027, has already invested in several energy and sustainability programs to increase efficiency, reduce waste and resource consumption. Last year, the c-store retailer also selected Honeywell's GWP alternative for retail refrigeration in Japan, becoming the first leading retail chain in the country to adopt the refrigerant, according to the company.

"In the past few years, we've implemented several innovative measures, such as LED lighting, energy management systems, wind energy in select stores and high-efficiency HVAC units to reduce our CO2 emissions," said Ann Scott, 7-Eleven director of energy, engineering and store planning. "The use of Solstice N40 is an environmentally preferable alternative for 7-Eleven. Joining forces with Honeywell, which also embraces a mindset and goal to serve as environmental stewards, was a natural fit."

Headquartered in Charlotte, N.C., Honeywell is a leader in the development and production of high-performance fluorocarbon refrigerants and thermal working fluids. The company is committed to inventing technologies that address some of the world’s toughest challenges in energy efficiency, clean energy generation, safety and security, globalization and customer productivity.

Irving-based 7-Eleven operates, franchises and/or licenses more than 68,000 stores in 17 countries, including 11,800 in North America.