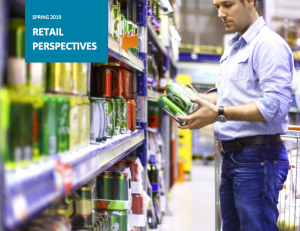 A report from The Retail Council of Canada maintains that Ontario’s new alcohol laws allowing people to buy booze at more locations will stimulate the economy, create new jobs and bring down the price of alcohol.

The Spring 2019 Retail Perspectives report delves into deregulation of the alcohol market in British Columbia and notes that liquor licensing a grocery store increases store sales by an estimated $880,000.

The report states: “That number is significant, in part because of just how under served the Ontario market is. Based on Statistics Canada data, the Province of Ontario only has 2,702 locations that can retail alcohol in one form or another. As pointed out earlier this month in Ontario’s 2019 budget, that represents 2.4 outlets per 10,000 persons ranking us last in the country – and well below the national average of 5.91. To move to the national average, Ontario would need to increase the number of locations by 4,028. Based on this RCC report, if 4,028 new grocery locations could sell alcohol, that would mean an increase to Ontario’s GDP of 3.5 billion a year.”

The report also challenges the notion that deregulation in Ontario will result in job losses and an increase in the price of alcohol.

The Beer Store maintains that opening the market will result in job losses for 7,000 of its full- and part-time staff. While acknowledge that Beer Store staff will experience cuts, the report maintains this will be countered by an increase of 2.3 staffers at each licensed grocery store. “That means that a move to Canada’s average per capita store count would see a net increase of 9,100 jobs. That means, any job loss that occurs as a result of increased competition by grocers with The Beer Store is more than offset. Even when using The Beer Store’s 7,000 number, the result is still a net increase of 2,100 jobs overall.”

As for pricing, RCC surveyed its membership and found that the net-of-tax price of popular beers were an average of 8.3% more expensive in Ontario compared to Quebec: “This suggests that increased choice and convenience can also mean savings for consumers, as large grocers negotiate with suppliers to compete for business.”

Ontario Premier Doug Ford is moving ahead with his government’s plan to extend beer and wine sales to corner and big box stores in the province.

In a statement to Global News, Ford spokesperson Simon Jefferies emphasized the government's mandate:  “We remain committed to our campaign promise to expand beer and wine to corner stores, big box stores and more grocery stores and we continue to consult across the province. By expanding choice and convenience for Ontario consumers, we are also expanding opportunities for small businesses across the province. Local store owners, brewers and consumers all stand to benefit from an expanded market.”

Canadian curler and Beer Store manager Glenn Howard is featured in the ads and claims the Ford government’s changes would cause higher alcohol prices, allow for easier access to alcohol for minors, and lead to 7000 Beer Store employees losing their jobs.

The campaign features five radio ads and one television commercial.

"There’s been a lot of talk lately about putting beer in corner stores, but not enough facts about what that will mean," Howard says in one of the ads.

"High taxes drive our beer prices up. Selling beer in corner stores won’t change that. The Beer Store's efficient distribution system helps keep prices down. I’m proud to say when it comes to selling and distributing beer, The Beer Store does it best,” he says in another ad.