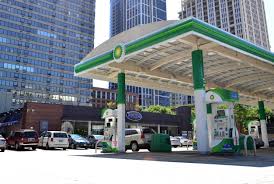 It sold the bulk fuels business in 1988 as the company turned its attention to developing its c-store chain. All of the stores operate under the Pride brand and are within 25 miles of the Columbia City headquarters in and around the Fort Wayne metropolitan area.

"We worked very hard to build a 'best of class' chain of convenience stores in northeastern Indiana and we have been proud to serve  our customers in these markets. We ultimately concluded for a number of reasons that it was the right time to sell," said Richard "Rusty" Parish, president of Pride C-Stores.

"Although we faced some headwinds in getting this done, especially in the face of COVID-19, we were able to achieve our objectives, due in large part to the assistance we received  from our team of financial advisors at NRC Realty & Capital Advisors," he added.