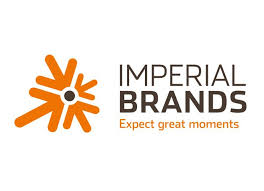 Imperial Brands is the latest multinational company to step into the Canadian pot industry, signing a $123-million investment deal with Auxly Cannabis Group that includes a research and development partnership and gives the Vancouver-headquartered firm the global licences to the British tobacco giant's vaping technology.

The deal announced July 25th would give London-based Imperial Brands a 19.9% stake through a debenture convertible into Auxly equity, with a conversion price of 81 cents per share.

That is 11% higher than Auxly's share price of 73 cents on the TSX Venture Exchange July 24th. Shares of Auxly, which has a portfolio of cannabis brands and products, soared as much as 22% on July 25th to 89 cents apiece.

"The strategic partnership really enhances our ability to execute on our business strategy and accelerates our growth plan,'' Auxly's president Hugo Alves said in an interview. "So we are taking in a significant capital injection at a premium to our share price in a difficult market.''

The additional capital will fuel Auxly's plans to roll out next-generation cannabis products, such as vaporizers, when legalized in Canada later this year, Alves added.

Imperial, whose tobacco brands include Winston and Davidoff cigarettes, has increasingly been focused on e-cigarettes and vaporizers, which are seen as a safer alternative to smoking, amid a shift in consumer preferences.

"Auxly's unique assets and capabilities, including strong science and product development credentials, make it an ideal partner for Imperial in the legal Canadian cannabis market,'' he said in a news release.

Imperial will have the right to convert the debt into stock at any time during a three-year period.

If, at the end of the term Imperial has not converted, the debenture will be repayable in full.

In addition to the funds and technology licences, Auxly will get access to Imperial's Nerudia vapour innovation business and become Imperial's exclusive global partner for future cannabis products.

In return, the British tobacco firm will designate one out of the five directors on Auxly's board plus one non-voting observer. As well, the chair of Imperial's product stewardship and health group will sit on Auxly's safety board.

The deal is expected to close in the third quarter, subject to approval from the TSX Venture Exchange.

Imperial is the latest consumer goods company to make its foray into pot, in a bid to diversify their offerings as consumer and political winds shift toward a growing acceptance of cannabis use.

In December, Marlboro maker Altria Group Inc. announced a $2.4 billion investment in Canadian cannabis producer Cronos Group Inc. to acquire a 45% ownership stake, and the option to up its stake later to 55%.

Ryan Tomkins, an analyst with Jefferies, said the Imperial-Auxly deal was a positive one.

"Although the move is relatively small, we view it as sensible,'' he said in a note to clients. "IMB gets possible 20% ownership of a Canadian (licensed producer) in a rapidly growing sector at a good price.''

Alves said the deal with Imperial was the culmination of roughly five and a half months of discussions.

The transaction comes at a tumultuous time for the cannabis industry as a high-profile scandal rocks the nascent sector.

Licensed cannabis producer CannTrust Holdings Inc. is under investgation by Health Canada, which says it discovered during a recent inspection of its Ontario greenhouse that the company was illegally cultivating cannabis. Its shares on the Toronto Stock Exchange have lost roughly half their value since CannTrust disclosed Health Canada's findings on July 8.

Also last month, Canopy's board of directors ousted co-founder Bruce Linton from his role as co-chief executive, days after Constellation Brands' had expressed dissatisfaction with the cannabis company's latest earnings.

Alves said the CannTrust probe did not impact Auxly's negotiations with Imperial, which did "very extensive due diligence,'' he added.

"It wasn't an issue in our transaction... a big portion of our founding team are regulatory experts.''