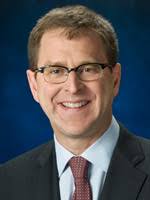 “In a short number of years, vaping has shifted from being a smoking cessation tool for adults to an addictions trap for our youth,” he said during a news conference.

Dix cited data from a British Medical Journal report that youth vaping rates have increased 74% between 2017 and 2018.

Vaping-associated illness cases have been reported across Canada, with three suspected cases in B.C., said Dix.

The government will introduce new regulations that take effect in the spring of 2020 that restrict the amount of nicotine in vapour pods, require health warnings and prevent advertising of vapour products in areas where youth spend time, including bus shelters and community parks.

Vaping juice comes in a variety of flavours like vanilla, cotton candy or berry, and Dix said the sale of such flavours would only be permitted in age-restricted outlets where vapour products are sold.

“We wanted to target the issue of flavours and limit it dramatically,'' he said. “We will be restricting access to certain flavours and only allowing other flavours, other than tobacco flavours, in adult-only stores. That's a significant step.''

A vaping industry spokesman said there are concerns the government's approach to restricting flavours could harm efforts by adults to quit smoking. Daniel David, Vaping Industry Trade Association president, said in a statement that B.C.'s regulations limiting nicotine content for people who vape could send them to underground sources.

“VITA supports the provincial government's role in using regulatory tools to address youth vaping but creating a patchwork of legislation across the provinces will only feed the black market and push adult vapers back to cigarettes,'' said David.

Finance Minister Carole James said the government will introduce legislation this month that boosts the provincial sales tax on vapingproducts from 7% to 20%.

“Yes, it is a big tax jump and one that really signifies the urgency of this problem. We all know that youth are particularly price sensitive, and so when you make a product more expensive and harder to access, youth will decline,'' James said.

“It will unleash the power of young people talking to young people, youth to youth, peer to peer,'' he said. ``We will be working with students to de-normalize vaping.''

The B.C. School Trustees Association has asked the government for help, saying many districts in B.C. are spending too much time monitoring and addressing the problem of vaping in schools.

Nirmala Raniga, the founder of the Chopra Addiction and Wellness Centre in Squamish, B.C., said launching a youth-led anti-vaping initiative in B.C. schools gives young people a positive outlet to turn to as pressures to smoke, vape and try drugs arise.

“Young people need to belong,'' said Raniga, who has been treating people with addictions for more than 30 years. “The most positive I see is the youth who are struggling with this coming out and sharing their story with their peers.''

Health Canada has issued a warning to people who vape to monitor themselves for symptoms of vaping-related pulmonary illness following hundreds of such cases in the United States and a few in Canada.

Dr. Meena Dawar, Vancouver Coastal medical health officer, said the government campaign is a positive step towards fighting increases in vaping health and addictions issues for youth. She said nicotine content in vaping products has increased and those products contribute to a “chemical cocktail.''