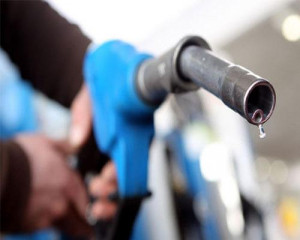 . These groups will now need to make regular reports starting October 2020 to The British Columbia Utilities Commission (BCUC). The information from these businesses must include details on fuel imports, storage capacity, bulk sales and wholesale prices.

The new rules come after motorists cried foul when retail fuel prices hit the roof during the summer of 2018 ($1.60+/litre). The wholesale fuel sector told OCTANE at the time that higher taxation (45% of the price of a litre of gas in Vancouver is a tax), as well as the higher cost of bringing products to B.C. and the ‘Crack Spread’ (refiners’ margin),  were at the heart of the record setting pump prices. The B.C. government suggested price fixing was to blame. They launched a study to see if this was the case.

“For years, British Columbians have felt like they are getting gouged when they fill up at the pump. That’s why our government asked our independent energy watchdog to do an investigation into gas prices,” said Bruce Ralston, Minister of Energy, Mines and Petroleum Resources. According to Ralston, BCUC's inquiry found a lack of competition and significant markups in the B.C. market. Discoveries also included a 0.13 cent per-litre premium charged to drivers that industry was unable to explain. The inquiry concluded that British Columbians were paying $490 million per year more than they should have to fuel their cars and trucks.

Working to uncover the pricing structure of fuel products, B.C.’s government enacted the Fuel Price Transparency Act (FPTA) in the fall of 2019. The Act brought in mandatory reporting requirements for gas and diesel wholesalers. Next (March 2019), the government named the British Columbia Utilities Commission to be the independent administrator of the FPTA. The province also authorized the Commission to collect and publish data on fuel pricing to promote competition in the market.

“We know that from the  BCUC’s investigation into gas prices that four companies control around 90% of the wholesale market in southern B.C.,” Ralston said, mentioning that the new regulations are designed to offer transparency and accountably for unexplained markups and prices increases.

The B.C. government reports that further regulations are in the works for the other parts of the fuel supply chain, including the retail market.

Kelly Gray can be reached at [email protected]