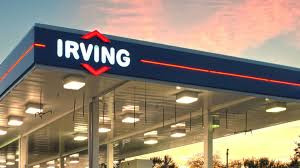 Canada is the world’s fourth-largest exporter of oil and the third-largest repository of proven reserves of which 96% come from Alberta’s oil sands. This month Alberta got a new export customer for its heavy crude: Plans are to ship product to this customer via the Panama Canal in medium-sized Aframax ocean tankers. Surprising to learn that the customer is Halifax-based Irving Oil, a Canadian major that had hoped to get Alberta crude via an east-west pipeline that has been in discussion since 2013. The ‘Energy East’ pipe faced an uphill battle with Quebec and First Nations groups voicing concerns. The project was scrapped in 2017 leaving Irving without easy access to the massive Alberta oil store.

Last week the company announced the Federal Government had agreed to its April 13 request for an urgent need for more crude oil for its refineries. The government granted Irving a one year permit to bring Alberta heavy oil sands crude from Pacific tidewater to its facility in New Brunswick.

Reports quote Irving Oil chief refining and supply officer Kevin Scott saying, "It is critical to our customers, to our business, and to energy security throughout Atlantic Canada that we are able to use foreign crude oil tankers to access Western Canadian crude oil on an urgent basis and going forward for one year to allow for effective and flexible supply chain planning and to strengthen the link between Canadian oil producers and our refinery in this challenging and uncertain time.”

Irving will ship its Western Canadian oil 11,771 kilometres from British Columbia through the Panama Canal to its Canaport facility in Saint John, NB. Irving will also source Canadian oil delivered through ports in Texas and Louisiana. Altogether the route is more than twice the length of the once proposed Energy East pipeline that would have run 4,600 kilometres.

Irving Oil operates Canada’s largest refinery in Saint John and has a network of more than 900 fuelling locations and 20 Big Stop convenience centres. The company provides heating oil, diesel, gasoline as well as lubricants and a range of other products to markets in Canada, the U.S. and Ireland.