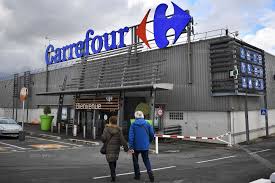 Alimentation Couche-Tard remains open to a second chance to consummate a union with Carrefour if the French government has a change of heart about its opposition.

But the company's founder said it would look elsewhere in hopes of expanding and achieving its strategy to double its adjusted operating earnings by 2023.

"It would be interesting to have another string in our bow to do development and consolidation,'' executive chairman Alain Bouchard told The Canadian Press in a video conference Monday.

Couche-Tard abandoned its potential $25-billion offer for Carrefour after French Finance Minister Bruno Le Maire told the Quebec businessman that he refused to let a potential takeover proceed because he felt the deal would put food security at stake.

Bouchard said he was surprised that Le Maire justified his opposition based on food security, even as the two sides were on the verge of a deal.

"This surprised us greatly because we weren't going to move the stores,'' he said, adding that COVID-19 hasn't helped.

"The pandemic has made people withdraw into themselves and politicians have wanted to be careful. We didn't expect it, but I understand.'' 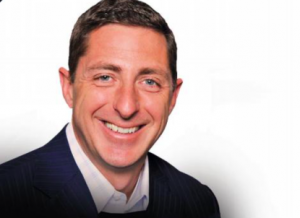 Earlier, chief executive Brian Hannasch told analysts that the Carrefour file may not be permanently closed.

"We like the transaction and we'd love to do the transaction. So if we got signals that the environment could change or would change from the French government or other key stakeholders, we'd love the opportunity to re-engage under the right conditions,'' he said in a conference call.

For the time being, however, he said talks remain on ice with the two retailers instead examining the possibility of co-operating in areas such as fuel distribution. private label and joint purchasing.

This transaction, which would have been Couche-Tard's largest acquisition, would have allowed it to become among the five largest retailers in the world, Hannasch said.

The convenience store operator has been evaluating its options for several years to grow its global business by moving into sectors such as grocery, dollar stores, fast food and travel-related food outlets.

"While looking at a grocery chain, we never wavered from our commitment to fuel that's fundamental to our business,'' he said in answer to investor concerns voiced by analysts.

As a retailer, first and foremost, Hannasch said retail channels are blurring at a fast pace as the landscape changes.

He said it looks at its core business and adjacent opportunities with its "eyes wide open that the world is changing and it's going to take competitors with the right scale and the right culture and the right focus to win.''

Bouchard reminded analysts that the company has made bold moves in the past, including the purchase of Circle K in the U.S. and Statoil Fuel & Retail in Europe.

"Was I hoping our bold approach to Carrefour have turned out differently? Of course,'' he said.

"Yet, I'm tremendously proud that Couche-Tard has the financial strength and acumen to make such an offer, proud that many more around the world understand and support the strong foundation and history of our company and proud that we showed an entrepreneurial spirit, all the while reaffirming our commitment to our core business and our double again strategy.''

Still, analyst Derek Dley of Canaccord Genuity lowered his target price for Couche-Tard shares to $46 from $53 because investors will view Carrefour as a strategic pivot for the company despite abandoning the deal.

"In our view, this announcement led to a sigh of relief among many investors, who, like us, questioned the rationale behind such a large transaction and a pivot into the highly competitive European grocery retail environment,'' he wrote in a repot.

He said the Carrefour interest calls into question Couche-Tard's longer-term strategy as its ambitions appear to shift to becoming a leading retailer rather than just a leading convenience store retailer.

"While we applaud this ambition, we certainly believe it caught the company's investor base by surprise and changes the longer-term investment thesis for Couche-Tard.''