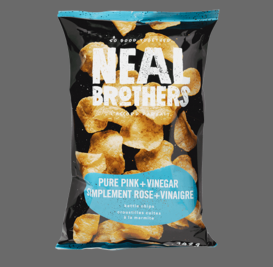 They also offered lunches for Neal Brothers Foods staff and arranged Uber rides for anyone concerned about using public transit, but the brothers were always fretting about how the pandemic would impact them next.

“I was worried that stores would start closing and because there was this crazy hoarding, it would put a stress on our supply chain, which is very precarious,” said Pete Neal.

It's only now, roughly a month into the pandemic, that some of his worries have finally been assuaged as hefty orders from supermarkets continue to come in.

The emotional shift Pete experienced comes as many businesses are starting to see some of their burdens eased.

Some, who pivoted to providing new services or launched curbside pickup or delivery options, have grown comfortable with the evolving additions to their product lines and processes.

Others have more clarity around what government subsidies are available. Some business owners already have that money in hand, helping them avoid immediate layoffs or closing their doors for good.

“They have figured out what are they going to do and what they need to do to go through this crisis,” said Pierre Cleroux, the Business Development Bank of Canada (BDC)'s chief economist.

“I think it's a bit more clear in their heads how they're going to get through this very difficult period.”

A BDC survey of more than 900 entrepreneurs conducted online between April 14 and 16 revealed 79% of Canadian entrepreneurs are “very worried” about the pandemic's impact on their business.

That's down from 83% who reported that level of worry two weeks prior to the latest survey, but on par with the 79% who were fretting when physical distancing was implemented a month ago.

The survey also shows more entrepreneurs are worried about the Canadian economy than they are about their own business.

According to the polling industry's generally accepted standards, online surveys cannot be assigned a margin of error because they do not randomly sample the population.

Cleroux was surprised to see the slight dip in “very worried” entrepreneurs because many are still grappling with layoffs, contemplating insolvencies and figuring out how to deal with sinking demand for their products and services.

“We've never experienced something like that before. It's very hard to understand what will happen,” Cleroux said.

“Are consumers going to go back, are businesses going to invest and is the economy going to recover quickly or not? There's a lot of worry.”

Dan Kelly, president of the Canadian Federation of Independent Business, said what BDC found is a “very modest” reduction in the level of panic.

The first weeks of the pandemic and physical distancing brought about mass uncertainty because people didn't know how long COVID-19 would last, how deep it would cut and how much government help they would get.

Entrepreneurs are still worried, Kelly said, but now they know a lot more about the new needs of their consumers and what supports are open to them.

Some are feeling better amid signs that the number of COVID-19 cases in Canada is plateauing. Politicians and public health officials are starting to plan for reopening elements of the economy.

But that doesn't mean small business owners are free from the stresses of COVID-19, Kelly said.

“A lot of the questions that we're getting are related to the various programs (from the government and its agencies) and people that are slipping through the cracks of many of the programs that are there.”

Kelly has found service providers such as nail salons or barbers tend to be the hardest hit, as well as microsized businesses. For them and many other struggling businesses, there has been no drop in worry, he said.

“They are the ones we are hearing from the loudest,” Kelly said. “They are unfortunately not getting access to the very good support programs that are designed for businesses.”