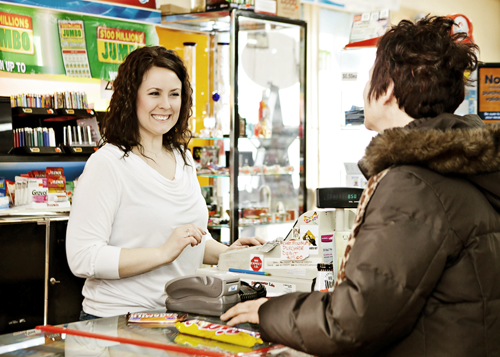 Independent convenience-gas retailers face different challenges from their banner and chain counterparts, operating autonomously, without any head office support. As a result, the performance of these retailers has never been accurately measured, and that’s exactly where ITWAL Insights comes in.

“ITWAL Insights leverages the power of the Promo Select program to truly measure the performance of the independent trade class; it really opens everyone’s eyes to what’s taking place in the independent community,” explains Peter Allen, director of business development for ITWAL Limited.

”Insights gives clear direction on where the opportunities are for suppliers: they can now look at the reports, see how their SKUs are performing, and then work with their full-service distributor to capitalize on opportunities in the marketplace.”

Insights tracks sales data from 56 ITWAL full-service distributors across the country, and tracks more than 20,000 independent accounts through the Promo Select program. When Fulcrum’s data team receives this information from the FSDs, it is then processed and placed online for participating suppliers to access at any time.

Insights currently tracks data from the five major confectionery suppliers in Canada, including more than 2,000 SKUs, and has room to expand into other categories as more suppliers come on board.

“I think the opportunity is there for suppliers to get serious about the potential of the data, and actually put a team behind making these distinctions,” says Mark Morgan, business development manager with Fulcrum Media Inc., whose team measures three hundred to four hundred thousand transactions a month. “It’s one thing to have the data, but it’s another thing to act on it.”

Martin Spencer, director of sales in the impulse channel for Mars Canada, says his company is already putting Insights data to good use. “We’re using the tool to understand the relative performance of our items, and to measure and assess the impact of our promotional displays and geographical opportunities,” says Spencer. “It gives us the opportunity to be smarter about how we want to drive business and sales in the independent channel.”

Allen says this increased independent transparency benefits the entire industry, particularly the retailers who can look forward to receiving more accurate and specific solutions from suppliers and distributors.

“Independents now have a voice; they don’t have to get lumped in with a class of retailer they don’t belong to and get treated the same. Suppliers can now see what they’re doing, and suppliers with initiative and foresight can actually tailor SKU listings, promotions, and deployments toward independents.”

ITWAL Insights SKU ranking charts like this one can help independent convenience retailers ensure they carry the top SKUs in their stores to meet customer demand.