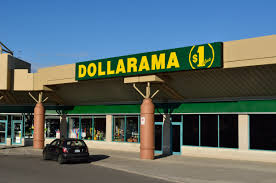 Dollarama Inc. is closely monitoring prices in its stores as it looks to boost foot traffic and generate growth in an increasingly competitive retail environment.

The company is focusing its lower-priced items to generate that traffic after putting too much emphasis on higher priced items up to $4, said CEO Neil Rossy on a conference call Thursday.

“I think you know quite honestly, that we did lose sight of it, on making sure we had all the traffic drivers needed to balance our higher price points.”

“When you take a business from a pure $1 store, and you evolve over the years to multi-price points, while being very successful in doing so, you’ll learn things,” he said.

The company is also constantly assessing prices on merchandise, with item prices assessed at least every three weeks during restocking, said Rossy.

He said the rebalance of price levels and items would help drive sales going forward.

“We have to refocus on traffic generating and unit sales, because at the end of the day, in bricks and mortar, that’s the bread and butter.”

She said the company delivered “solid” results despite the challenges.

Canaccord Genuity analyst Derek Dley, however, downgraded his rating on the company from buy to hold and lowered his price target after the company released lower than expected growth expectations for fiscal 2020.

The company said it expected same-store sales growth of 2.5% to 3.5% for the year, which is below its historical average same-stores sales growth target of 4% to 5%.

“In our view, the next few quarters are likely to represent a ‘show-me-story’ to many investors and as a result we are comfortable moving to the sidelines for the time being, as we await a more positive pricing environment and same-store sales acceleration.”

Analysts on average had expected a profit of 55 cents per share and revenue of $1.07 billion, according to Thomson Reuters Eikon.

The company also launched its online store in January, where it has about a thousand items for sale in bulk only.

Rossy said it would take some time for the online sales to have an overall impact, but that it would fill a customer need.

“Small businesses will find it more interesting to buy their stationary there, or what have you, and people having parties or conferences or whatever it is, will use it because it’s a practical way to get the best price.”