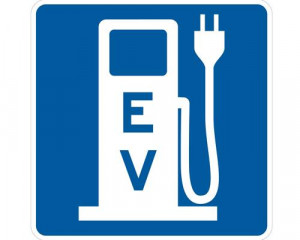 Automakers are rolling out some big additions to the electric vehicle landscape this year as the market evolves, but it's still not clear how much Canadians will be convinced to buy them.

Selection is certainly increasing. At the Canadian International AutoShow in Toronto that wrapped up on the weekend, automakers were showing off more than 40 hybrid and fully-electric plug-in vehicles, while McKinsey & Co. figures around 400 fully electric models will hit the market globally by 2025, including 113 this year alone.

But analysts say that government policies are crucial to actually push companies to sell those models, since automakers otherwise don't have enough incentive to move away from internal combustion engine vehicles.

"I think the real, key problem for them,'' said James Carter, principal consultant at Toronto-based Vision Mobility, "is really because they make so much money off ICE trucks, pickups, SUVs right now, that basically, the question that they're having to ask themselves is 'how the hell do we get off this drug?'''

He notes that some companies have been reluctant to move to electrification, while others such as Hyundai and Kia have rolled out popular models but are not producing enough to meet demand, because profitability is a challenge for electric vehicles.

Ford Motor Co. is one of several companies that have made big promises about moving to electric. At the Toronto show they were showing off their all-electric Mustang Mach-E with a towering display and stadium seating for visitors to watch the SUV roll silently on stage. Despite the marketing, it's still not clear how many will be available for Canadians when they roll out near the end of the year.

The company is hoping the SUV, with upwards of 500 kilometres of range, can win over buyers looking for more space but not willing to giving up performance.

"They don't want to lose anything in terms of fun to drive, thrilling performance, acceleration, so we do see there is a real appeal to that consumer,'' said Ford Canada president Dean Stoneley.

General Motors Co., meanwhile, plans to revive its Hummer brand this year with an electric model, as part of its commitment to move heavily into the space with "no-compromise'' vehicles that provide the range and space consumers want, while pushing hard on achieving cost parity between electric and gas vehicles.

If companies can bring those costs down, and more charging infrastructure is built, Canadians seem to be interested in buying. Vision Mobility partnered on a poll of 1,200 Canadians that showed 56% were either interested or very interested in full-electric vehicles, and 62%t on hybrids.

But demand is heavily influenced by policy. A recent EY report estimated that if all the incentives such as rebates, charging network investments, and emission regulations were removed, then plug-ins might see little market growth from the current roughly three per cent of sales by 2030, while policies could boost it to 30 per cent of new sales.

The International Energy Agency put out a similar estimate for Canadian plug-in sales by the end of the decade based on current policies, while noting that fewer initiatives in the U.S. means electric sales there will likely make up only 8% by 2030.

Policies in Canada include rebates from the federal, B.C. and Quebec governments, with the two provinces also mandating that portions of sales in their provinces be plug-in vehicles. The federal government has also set a goal of selling only electric cars by 2040 (though not mandated into law), and is also helping to fund charging infrastructure.

But some automakers question the fixation on electrification, arguing that total emission reductions should be the goal and that the shift to electric should be gradual because the costs are so significant.

"We're not rushing to fully electric,'' said Jean Marc Leclerc, senior vice-president of sales and marketing at Honda Canada. "The jump to full electric is going to put a tremendous amount of strain, it already is, on the industry.''

Honda has one of the lowest fleet emission profiles among major automakers, which has made it easier for the company to support California's stricter emission standards. Ford has also indicated it will fall in line with the tighter standards while Toyota, General Motors and Fiat Chrysler Automobiles have sided with U.S. President Donald Trump's efforts to loosen emission regulations in the debate. Canadian emissions standards typically follow U.S. regulations.

Rather than push headlong into electric, Honda is instead making smaller shifts in marketing, including more clear reporting of carbon emissions for all of its models, so consumers can better see the impact.

The company might, however, change their marketing and sales strategy if they start to run up against emission standards that other automakers are already starting to hit.

"Out of necessity to hit the policy quotas, you're going to see maybe a push from a marketing perspective to pump the sale of these vehicles,'' said Leclerc.

"When we have to sell them to hit a GHG target? We may be pushing harder to say, ok, you want that hybrid.''