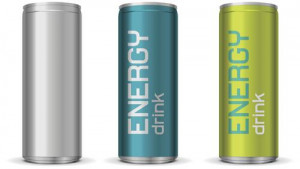 The latest look into the cold vault by Wells Fargo Securities LLC is finding a shakeup may be coming to the energy segment.

The first quarter Beverage Buzz survey noted retailer concern about disruption among energy drinks as a result of new products.

"The disruption taking place in the energy category is clearly top-of-mind for our retailers as new entrants such as Bang [Energy Drink] continue to disrupt established players such as Monster Beverage Corp. at an alarming rate," said Bonnie Herzog, managing director of tobacco, beverage and convenience store research at Wells Fargo Securities.

"As such, we're increasingly cautious on Monster and concerned that the core energy category is being upended by an onslaught of 'healthier' competition," she said, adding Monster's pricing is not sticking and a  small minority of retailers suggested the beverage company's prices could come back down in 2019.

According to Herzog, 90 percent of retailers either carry Bang or plan to carry it. As she noted, "Bang has evolved from a looming threat to a very real threat."

In addition, many retailers are increasingly wondering if Monster's own entry into the burgeoning fitness energy category with Reign "is too little too late," she added.

Furthermore, while it's still very early days, some retailers indicated that the early response from consumers to Reign has been underwhelming, Herzog said.

In addition to buzz around the energy segment, other the key survey takeaways, according to Herzog, included:


Looking at specific beverage companies, the survey found retailers' commentary for The Coca-Cola Co. was generally positive, with some exceptions, Herzog said.

However, retailers were "decidedly more cautious" on Keurig Dr Pepper and are still concerned that PepsiCo Inc. is struggling to gain traction despite stepped-up investment spend, she added.

The outlook for Constellation Brands remains strong, with retailers still expecting increases in both sales and shelf space in 2019.