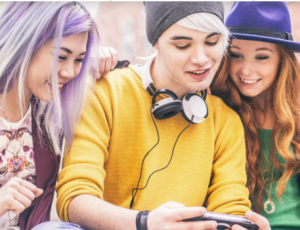 Generation Z, the generation after millennials, is the first generation that has truly grown up in a purely technology-driven world.

Accordingly, Gen Z — more so than any other generation — is primed to respond strongly to technology offerings. Tech is an important tool to gain and keep these consumers.

Convenience store retailers must remember "this generation, even more so than millennials, has only known a mobile world," noted David Brewis, chief marketing officer at New York-based Amplience, a provider of ecommerce retail solutions.

"While it’s no secret that traditional brick-and-mortar retailers are being pushed to embrace omnichannel models, they’re now going to have to capture this new generation of shoppers on mobile first," he explained.

Generation Z — made up of those born from the mid-1990s to the early 2000s — currently accounts for about 18% Canadian population. Ranging in age from pre-tween to 21, they already claim more than $40 billion in buying power globally and are predicted to be the driving force of the consumer world by 2020.

If retailers want to connect with Gen Z shoppers, they need to "meet them where they’re at and create an engaging experience connecting physical and digital realms — namely, through the smartphones these consumers already carry with them," said Davor Sutija, CEO of Thinfilm, a NFC mobile marketing solutions provider.

Gen Z shoppers are becoming the trendsetters and tastemakers in society.

"They’re increasingly looking for more interactive and personalized ways to shop, with online platforms like search engines, social media and ecommerce marketplaces changing the game for these digitally-savvy consumers and the retail world at-large," Sutija said.

ALL ABOUT SOCIAL MEDIA

Gen Z is "all about social media," according to Todd Maute, partner at New York-based brand agency CBX. He recommends c-stores put their brand out there in a way that is both meaningful and emotional to get Gen Z to respond. Working with "influencers" can be a part of the strategy.

Marketing expert Angie Read agrees that the best way to capture this generation is to feature a social media influencer who is "their age, music and humor."

Read is the co-author of Marketing to Gen Z: The Rule for Reaching This Vast — and Very Different — Generation of Influencers, a recently released report from FutureCast.

"Gen Z doesn’t watch television like older generations, so don’t waste advertising budgets on traditional TV ads," Read said. "They do, however, voraciously consume digital media and, while they skip traditional ads at nearly all cost, they will sit through ads they find entertaining. They have a short attention span — 8 seconds or less."