Newfoundland and Labrador's government is looking for a rapid answer from Ottawa on its request for aid for the offshore oil sector in light of a quickening exodus of exploration rigs from the province.

Premier Dwight Ball, Natural Resouces Minister Siobhan Coady and industry leaders held a news conference May 26 to repeat earlier warnings that hydrocarbon projects could be permanently lost to the province without a commitment from Ottawa.

Ball and Coady repeatedly warned that as each week passes, companies are closing and jobs are being lost.

The global COVID-19 pandemic and plummeting world oil prices have been causing problems for the East Coast industry.

In mid-March, Equinor and Husky Energy announced the decision to defer the Bay du Nord offshore development project due to falling oil prices and the economic downturn as countries respond to the novel coronavirus.

In addition, Hibernia has recently suspended its drilling program, the Terra Nova refit for May has been suspended and the West White Rose project has been deferred.

“Time may not be our friend,'' the premier during the event. 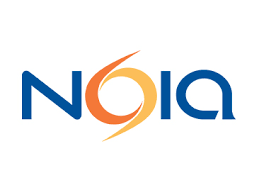 The Newfoundland and Labrador Oil and Gas Industries Association, or NOIA, has said in order to remain competitive with Norway, the United Kingdom and Australia, the federal government needs to provide a renewed program of “incentives for offshore exploration.''

The province is backing many of the industry proposals, noting the offshore industry accounts for close to one third of the province's GDP, 13% of wages and 10 per cent of all jobs.

Coady noted in an April 20 letter to federal Natural Resources Minister Seamus O'Regan that the province appreciated a $75 million allocation to help its industry reduce greenhouse gas emissions, but it needs further assistance.

Coady wrote that the province needs a program similar to Norway's system of stimulating exploration through “direct tax payments.''

Her letter also called for a renewal of a regional tax credit program, and the introduction of 100% deductibility of capital costs to encourage companies to continue with their exploration plans.

Charlene Johnson, the chief executive of NOIA, said during Tuesday's news conference that there are three drilling rigs in the province and the industry is hoping they will remain there, rather than being shifted to other jurisdictions.

“It's a real toss-up because the minute Norway approves (incentives), it's going to be very hard to entice them to stay in our waters,'' she said.

“These decisions are being made now. We've had over a dozen companies end their membership in NOIA because they're closing up shop here.''

O'Regan, who is also the MP for St. John's South, said in a tweet that he'd been in discussion with Johnson regarding the growing anxiety in the offshore sector.

“We all have friends and family who are worried about their jobs. Oil and gas is in a state of upheaval out West, and around the world. But I am a champion of our offshore. Together we will get through this.''

Ottawa has been offering programs to help companies with liquidity problems during the pandemic.

Federal agencies last month announced commercial loans, ranging in size from $15 million to $60 million each, to fund cash flow needs for a year for companies that had shown themselves to be financially viable prior to the pandemic.

A spokesman for O'Regan's office said these kinds of programs have helped provide liquidity to the small and medium-sized players in the industry.

In addition, the Canada Emergency Wage Subsidy program covers up to 75% of an employee's wages for an employer, and can be applied to oil and gas firms, O'Regan office noted.