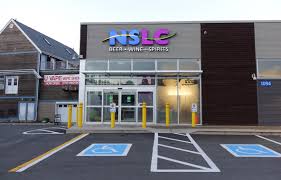 Nova Scotia's Crown liquor corporation does not have an adequate strategic plan for supporting the province's growing alcohol industry, a new report by the province's auditor general finds.

In his report released Tuesday, Michael Pickup says the Nova Scotia Liquor Corporation's five-year plan for the industry lacks detail and accountability measures, while oversight is described as "poor.''

Pickup says it's a major problem given that the number of local alcohol manufacturers has more than doubled over the last five years - from 64 to 141 - with the largest increase being the number of breweries, which have grown from 31 to 86.

He also notes that sales of local alcohol products through the corporation have risen significantly, from $16.5 million in 2015 to $45.3 million in 2019.

"While local product sales increased during the first four years of the plan, there is no clear link between the strategy and this growth,'' the report states. "An appropriate strategic plan would align with NSLC's mandate and include clear goals and objectives for the local industry, including action plans with measurable targets to determine success.''

The auditor's report says the only performance measure included in the current plan is growth in local product sales through the corporation's retail network, although there are no specific targets.

Pickup also warns there has been no risk analysis of the corporation's mark-up rates for local products in order to flag potential risks and unintended consequences - including whether its pricing is in compliance with various trade agreements.

They include the Canadian Free Trade Agreement and the General Agreement on Trade and Tariffs, which have both seen recent or ongoing challenges to local pricing structures across Canada. Pickup also noted that Nova Scotia is awaiting a decision by the World Trade Organization on its mark-up pricing for locally produced wine.

"A proper risk analysis would identify potential risks ... which is ultimately in the best interest of manufacturers in the long term,'' says the report.

As well, the report assesses the NSLC's compliance program to measure whether employees were following its proof-of-age policy, which requires asking for identification from anyone under 30.

Corporate stores registered a 12% fail rate and agency stores failed 19% of the time, while privately-owned business failed to ask 37% of the time and breweries failed 63% of the time, the report finds.

Pickup also found that the NSLC is not completing responsible retail training for new employees within the first 30 days of employment, as required.

He said a test of 30 retail employees found 20 did not complete the training within 30 days of starting work. Four never completed the training, which covers areas such as age verification requirements, dealing with minors, and dealing with intoxicated customers.

Pickup said to call the compliance results disappointing would be "an understatement.''

"To see the age verification compliance program not working as it should work is very concerning,'' Pickup said in an interview. "On the one hand the corporation is there to exist as a business enterprise but they also have a lot of corporate social responsibility.''

Pickup pointed out that over the two years covered by the audit, a corporate social responsibility committee put in place by the NSLC's board of directors only met once.

NSLC spokeswoman Beverley Ware said the corporation would act on all 11 recommendations in the report within the next 12 to 18 months, including one calling on the corporation to clarify its role and to set measurable goals in supporting local brewers and distillers.

"There's been exponential growth in the local industry in recent years and we just haven't kept pace with it on the regulatory side of our business and on the policy side,'' said Ware.

Ware also said the corporation would work to better document identification oversight, and has already put in place measures to ensure new hires get their training in a timely manner.

Meanwhile, the report highlighted that a board decision made in 2014 that could have saved the corporation $4.5 million had not been acted on.

It would have seen rural-owned stores turned over to private owners that would have run them as agency stores. Pickup said the plan appears to have stalled when it was taken to the provincial government and cabinet for approval.

He said it's part of the reason his office is doing a governance audit of the corporation that will be released at a later date.