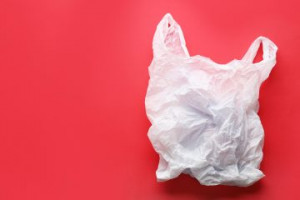 Nova Scotia plans to join a number of other Canadian provinces in moving to ban most single-use plastic bags at store checkouts.

The province's majority Liberal government introduced the bill to ban the bags Thursday as the legislature session opened.

After it is proclaimed, the government said, industry will have one year to prepare before the bags are prohibited.

Environment Minister Gordon Wilson said he's introducing the bill in the hope of removing millions of bags from the waste stream each year.

"It's going to change the way Nova Scotians go to grocery stores,'' he said after announcing the bill.

He added the bill is a signal the province is willing to consider the banning of other plastic items, such as single-use cutlery and straws.

"This legislation is an important piece that will help us move forward,'' the minister said.

Under the proposed law, retailers would still be allowed to use single-use plastic bags for live fish and bulk items. There would also be exemptions for food banks and charities.

There is not a requirement under the act to charge a fee for alternatives to plastic bags, leaving the choice to retailers.

The director of the Ecology Action Centre, the province's largest environmental advocacy group, welcomed the legislation, noting retailers and other provinces have already begun moving in this direction.

He noted that plastic bags are a relatively small proportion of the waste stream but they have a large impact on wildlife in the province.

"We look forward to the public and the government identifying other single-use items we don't need to use.''

While many Canadian municipalities have banned single-use plastic bags at grocery stores and other retail outlets, provincewide bans are less common and more recent.

Manitoba's government has promised consultations on moving toward a ban of single-use plastic bags. A ban in Prince Edward Island went into effect in July, and Newfoundland and Labrador introduced legislation to ban the bags last April.

Retailers including the Sobeys chain have already promised to eliminate single-use bags.

One expert said the banning of plastic bags pleases consumers, but it's not enough to effect real environmental change.

"Banning plastic bags is just a distraction - the real problem is food packaging. But at least governments are doing something about it,'' said Sylvain Charlebois, director of the agrifood analytics lab at Dalhousie University.

"For Nova Scotia, the announcement is quite timely given the climate strike happening (Friday). My expectation will be to see all provinces make a similar announcement by June of next year.''

Charlebois said for further progress, stores also need to look at biodegradable and compostable solutions, while governments should fund research that will increase the use of green packaging solutions.

Jim Cormier, a spokesman for the Retail Council of Canada, said "overall, retailers are happy with this approach.''

He said having a single system in each province is the best scenario for grocery chains and other retailers, rather than a patchwork of municipal rules.