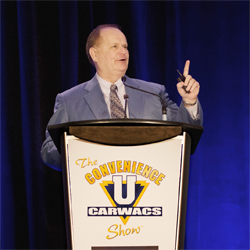 The OCSA is already hard at work in 2014 ensuring the thousands of convenience store retailers in Ontario are heard. Below is a quick rundown of the major developments from the association.


Butt Study results are in…

NIRIC, an independent Canadian research firm, has conducted a Butt Study to get definitive answers about the true impact of contraband tobacco in Ontario. The researchers swept up over 18,000 cigarette butts off the ground at 136 randomly selected sites where people congregated and smoked. Locations included hospitals, schools, casinos, government offices, shopping centres, GO train and other public transit stops.

The researchers then sent the butts for forensic research, where they were sorted to separate the legal branded products from contraband products.

The results are shocking: 21%, or 1 in 5, cigarettes was found to be illegal contraband. This represents a significant loss of tax revenue for the government, but more importantly, it highlights how unchecked sales to minors are a very real and serious concern.

The past two provincial budgets promised to boost anti-contraband action through educational campaigns and increased enforcement against the perpetrators. To date, nothing appears to have been publicly actioned.

Get ready to pay your employees more. As of June 1, 2014, the minimum wage in Ontario will jump to $11/hour, which is a 75¢ increase. Many groups were pushing hard to get the minimum wage increased to $14/hour, but the government did not make such a big leap. “Small business adjusts quickly – I don’t see this being a major factor,” says Dave Bryans, OCSA CEO. “$11/hour is better than $14/hour, which could have been punishing. C-stores would have closed at $14/hour.”

The Race is ON!

On Monday, March17, the OCSA will host its 11th annual The Race is ON networking event at Woodbine Entertainment in Toronto. This event kicks off the 2014 Canadian Convenience Week, which runs from March 17-21.

The event will feature a keynote speech from Dr. Eric Hoskins, minister of economic development, trade and employment. He’ll discuss the changing retail environment, Ontario’s direction, and where he forecasts the c-store channel will go over the next few years.

The Convenience U CARWACS Show

Connect with the OCSA at The Convenience U CARWACS Show in Toronto on March 18 and 19. The association will lead two seminars:

Beer & Wine C-store Preparation: The introduction of the sale of beer and wine in convenience stores in the province could have the potential to be one of the largest traffic drivers to c-stores. We must prepare for a May 2014 Ontario Election.

Safety and Security: Safety and security is an important matter for all convenience store owners and their staff. OPP Crime Prevention Division will be available for questions and updates on small business crime.

Angus Reid Public Opinion conducted a survey before the end of 2013 to ascertain what people really want to see in Ontario when it comes to the sale of beer and wine.

The survey confirmed that 61% of Ontarians in urban zones and 83% in rural areas were aware that the LCBO Agency Store program already exists in about 200 c-stores, and 73% are supportive of the LCBO expanding this model.

Bill 131, which is proposed in the Ontario legislature, would ban flavoured tobacco products, including flavoured smokeless tobacco products. The association is focused on strict enforcement of identification so that all age-restricted products are not sold to minors. This is the message to get through to politicians.