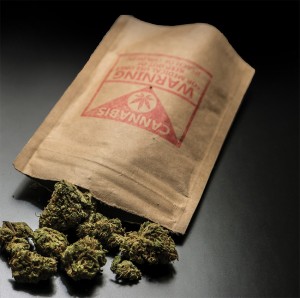 Quebecers under the age of 21 won't be able to buy or possess recreational cannabis as of Wednesday, ushering in the toughest age restrictions in the country since pot was legalized 14 months ago.

The Coalition Avenir Quebec government passed legislation in the fall that upped the legal age for accessing cannabis from 18, citing the impact of cannabis on young minds in deciding to act.

But policy experts suggest restricting legal access to the drug for the segment of the population most likely to use the drug will not have the intended effect.

Daniel Weinstock, director of the institute for health and social policy at McGill University, said it's clear where the Quebec government is coming from, citing research that shows a risk factor for developing brains.

“The problem is the amount of cannabis that's already present in the illegal market. We have to think long and hard about our ability to effectively enforce prohibition,'' Weinstock said. “And if we can't - and I strongly suspect we won't be able to - ... we risk finding ourselves in the worst of all possible situations.''

That situation would see 18 to 21 year olds _ armed with no information about the potency of what they're consuming _ buying from illegal dealers and using contaminated, unregulated product.

A Universite de Montreal addictions researcher said perhaps a small minority of youth - those already deemed not at risk - might put off using cannabis because of the measure.

But Jean-Sebastien Fallu notes that when it was illegal, nearly half of Quebecers had tried cannabis once in their lifetime by 17.

“You have 50% who'd used once in their lifetime, despite the threat of criminalized prohibition,'' Fallu said. “So I don't think this (new rule) is going to have any significant impact on underage, minor or adolescent use.''

Weinstock said policy makers should understand a ban isn't always the right choice, even if most parties agree the goal should be to moderate young people's consumption.

“We really have to think about the second-best (option) - to give them access to a safe product,'' he said.

The province's junior health minister, Lionel Carmant, declined a request for an interview through his spokesperson. Carmant has said previously the stricter age rules were adopted with the idea of protecting the developing minds of young adults from cannabis.

But Fallu said he's also concerned youth will be consuming illegal cannabis with no quality-control standards for levels of THC - the drug's main psychoactive component.

The Quebec Cannabis Industry Association, which represents more than 25 of the province's licensed growers, has raised concerns that the stricter rules go against the reasoning behind the federal government's move toward legalization - improving public safety and getting rid of the black market.

While the federal law sets the minimum age at 18, it leaves it to the provinces and territories to establish their own rules. The legal age for consumption is 19 in every other province except Alberta, where it's 18.

Given the legal age for drinking alcohol and smoking tobacco in Quebec remain at 18, the Quebec Bar Association has warned there could be constitutional challenges around the issue of age discrimination.

One constitutional lawyer called the law a “form of paternalism that is entirely unjustifiable in our society.''

“I think it's absurd and I think it's contrary to the charter, I think it's discrimination as to age,'' said Julius Grey. “It seems to me that it's perfectly absurd to say that alcohol - which kills many more people than cannabis - is safe at 18, but cannabis is only at 21.''

Grey said it's a strange situation whereby adulthood comes at 18, where one can be considered fully responsible for one's acts, yet can't access a legal product.

“Differential ages are not reasonable - you have to have an age of majority,'' Grey said. “Once you become a full adult and you have the full responsibility for what you do, you should have free choice.''

The province is one of two jurisdictions where home cultivation is forbidden, along with Manitoba. The province has announced it will appeal a provincial court decision that invalidated that provision after a judge ruled it infringed upon the jurisdiction of the federal government.

When Quebec passed its age restriction this year, it also banned public consumption of cannabis. It has also introduced the toughest restrictions for edibles, which are being phased into the market elsewhere in the country, by targeting anything that might appeal to children.

“My hope is that as time goes by, the drug becomes normalized, we'll be able to go to a series of evidence-based policies, rather than ones that are driven by fear and panic,'' Weinstock said.