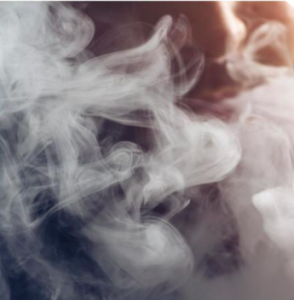 Eight out of 10 Canadians who are vaping are vaping nicotine, according to a new survey from Statistics Canada.

The latest annual Canadian Tobacco and Nicotine Survey, published in March, aims to gather information about the prevalence of cigarette smoking, vaping and cannabis use.

For the first time ever, the survey included questions about vaping in an effort shed light on the types of products Canadians are using, how often they are vaping and their reasons for doing so. This report, the first to track detailed information about vaping in this country, defines it as the “act of inhaling and exhaling vapour produced by a device such as an electronic cigarette (e-cigarette), vape mod, vaporizer or vape pen.”

The study recognized that "while some use these devices to curtail or to quit smoking," it went on to point out "vaping can also have negative effects, particularly among youth."

The report revealed that among those who had vaped in the 30 days preceding the survey, about 8 in ten indicated that they had vaped nicotine. This proportion was even higher among users aged 15 to 19 (87%) and those aged 20 to 24 (86%).

In addition, about one in 10 users aged 15 to 19 and aged 20 to 24 reported that they once tried a vaping device without knowing whether or not it contained nicotine.

Among those who had vaped in the 30 days preceding the survey:

Among those who had never vaped: