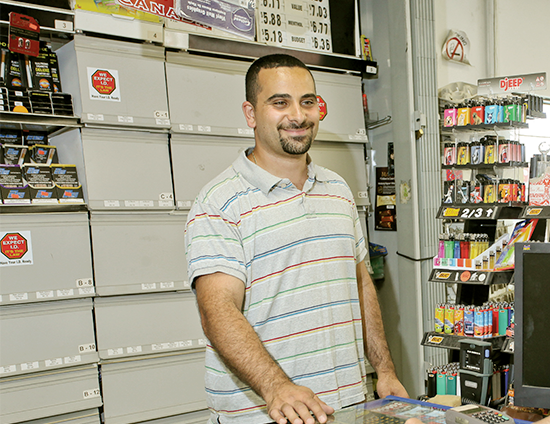 The Super Bowl is more than just a game: it’s the number-one-watched annual sports event in Canada. Last year alone, 7.33 million registered viewers tuned in to watch. So when Kit Kat Chunky teams up with the NFL to run the Get In the Game consumer promotion, c-retailers need to take note.

That’s exactly what Terry Yaldo, owner of Midway Convenience in Windsor, ON does every year. He always makes room for the Nestle-NFL promotion because he knows it drives in-store sales and helps his store become part of the hype around an already exciting event.

“Generally, when we put anything on display there’s a boost in sales, but with this one, because it’s tied to the NFL, it’s more eye catching and exciting than a typical display,” says Yaldo.

He always dedicates prime real estate to the Nestle-NFL prepack. In previous years, he has dedicated up to 48 sq. ft. to the promotion, and says it always depends on the supporting POS materials he’s able to get his hands on.

Retailers should ensure the prepack display is front and centre and full of participating product to grab customers’ attention as soon as they enter the store.

Customers head to Nestle-NFL.ca and enter UPCs from participating products. The grand-prize winner takes away a trip to Super Bowl XLIX in Phoenix, AZ, 2015.

Yaldo always tries to ensure his store is part of the excitement by running extra contests that align with the promotion. “We try to work with our supplier reps to get merchandise for extra giveaways that will build excitement, too,” he says. This may include NFL-related hats, sweaters or t-shirts.

He also takes advantage of any merchandising advice his sales reps can provide. “When you’re an independent retailer, you’re limited on resources, so it’s important to work closely with sales reps to get any materials or advice they can offer,” he says. He recommends asking about additional POS materials, in-store placement, and other items that can help build excitement.

Remember, this is more than a game – it’s an event. Be part of the experience by offering your customers a chance to get in on the action.