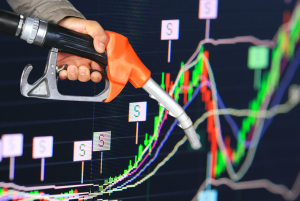 A spike in current and long-range gasoline pricing will come as no surprise to retailers and most Canadians. Expect the cost of fuels to rise at the dispenser as we move into 2020. These hikes happen due to four factors that determine the consumers' price. Dispenser price is impacted by the cost of crude oil, the margins at the refinery, the cost to market fuel, and taxes. Here, key elements are the rising price of crude and—thanks to carbon pricing schemes—taxes are up as well.

According to market analyst Roger McKnight of En-Pro International, an Oshawa, Ont.-based consultancy, two key crude oil price factors will combine to bring up pump prices. McKnight points out that in West prices are determined by what is known as ‘Gyration of Crude’ a factor that takes into account world pricing, while the East is impacted by straight up market speculation. These forces will come together as the world faces another political challenge in the Middle East.

Already prices were on the rise thanks to the January 1 rollout of our Carbon Tax. The tax adds about 4.5 cents to each litre of gasoline. McKnight suggests that Canadians could see a spread of 18 cents between prices in Toronto and Calgary under these conditions, due largely to the lower tax burden in Alberta.

The cost of raw materials is also up. Currently Brent Crude is above (US)$70 a barrel up (US)$4 since last week. Prices have not been this high since September when drones took out some of Saudi Arabia’s Aramco capacity.

Retailers are reporting prices at fuel dispensers are up, too. This week, Vancouver stations are selling a litre of fuel for $1.41, with Calgary showing 0.99 cents (+2%) on dispensers. In Toronto, Montreal and Halifax, prices are also up, with Montreal hitting a high of $1.27.  Expect fuel prices to keep edging upward as world events ramp the challenges to routine shipments.

On the bright side, Canada is the world’s fourth-largest oil producer and as such our dollar is tightly wound with world crude pricing that is bought and sold in U.S. dollars.  Expectations are that, thanks to a resurgence in oil prices, the Canadian dollar will hit 82 cents U.S. sometime in 2021. When oil prices climb, the amount of U.S. dollars Canada earns on each barrel of oil it exports is high. Indeed, we export 96% of our oil output to the U.S. As such, the increase of U.S. dollars flowing north creates a rise in the value of the Canadian dollar. This increase in Canada’s dollar value means imported goods are less expensive. This can have a positive impact on the refining margin, where many of the products used to produce gas and diesel are purchased in U.S. funds.

One thing is for sure. Expect market volatility and crude price climbs over the next few months as world political conditions remain in flux.