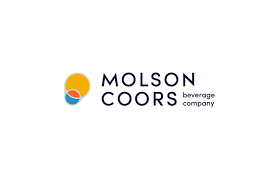 The Montreal-based company, which reports in U.S. dollars, said it recorded net sales of US$2.75 billion for the three months ended Sept. 30, down 3.1% compared with US$2.84 billion for the same quarter last year.

"Like all other beverage companies, one of the biggest challenges this year has been packaging supply,'' Hattersley said during a conference call with analysts.

"To put into perspective the scope of the challenges, we sold 300 million more cans of beer in the first nine months of 2020 than we did in same period in 2019.''

He added: "There have been times over the last few months when demand for tall cans was four times what it was in 2019.''

But Hattersley said there has been a steady improvement in supply over the last several weeks.

He said the supply of 12-ounce industry standard cans is stabilizing, and the company is starting to improve its inventory of tall cans as well.

Meanwhile, the company said Coors Light and Miller Lite grew 6% and 9.5%, respectively, in off-premise sales in the U.S. so far this year.

The combined U.S. segment share for Coors Light and Miller Lite has grown for 24 consecutive quarters - six straight years, according to data and market firm Nielsen.

Molson Coors' said its so-called above-premium products made up a record portion of the company's U.S. portfolio in the third quarter.

The brewer's light citrus wheat beer Blue Moon LightSky was listed as the top selling new beer in the U.S. in 2020, according to Nielsen.

The company also recently launched Coors Seltzer at the end of August and sold over 500,000 cases in the first month.

Meanwhile, in a bid to expand beyond the beer aisle, the company has broken into the cannabis beverage market in Canada.

Molson Coors said Truss, its Canadian cannabis joint venture, has become a market share leader of ready-to-drink cannabis beverages, with an estimated market share of over 50% in Quebec.

Last October, the company announced a revitalization plan with the aim of strengthening its core brands, growing above-premium brands and expanding "beyond the beer aisle.''

Hattersley acknowledged there are questions about the complexity of the company's revitalization plan, expansion of products and ability to execute the goals.

But he said the company is already making progress and seeing improvements in both core products and newer brands.

He said retailers are "hungry'' for innovation, while 80% of its distributors already carry non-alcohol products and half carry wine and spirits.

"They're actually ahead of us,'' Hattersley said. "We're playing catch up with them.''

From a supply chain perspective, he said the new products are not going through the company's breweries and Molson Coors is expanding its warehouse capacity.

Still, Hattersley said the can shortage during the pandemic forced the company to make some decisions around slow-moving brands and stock keeping units.