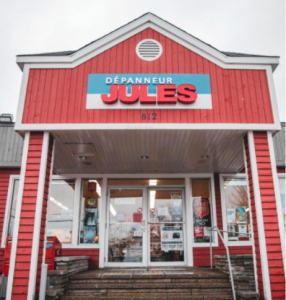 A social nerve centre in the heart of his hometown: That’s how Jules Forget sees the food and convenience store that bears his name in Mont-Laurier, a forestry town and outdoors tourism destination in Quebec’s Upper Laurentians region, a three-hour drive northwest of Montreal

“It’s a real meeting place in the downtown core,” says Forget, owner of Dépanneur Jules, a Boni-Soir-affiliated business that carries everything from c-store standards like lottery tickets and tobacco to charcuterie, prepared foods and beer. “Everybody knows everyone who comes through the door.  The vibe here is always welcoming and friendly.”

Being part of people’s daily lives was a big reason why Forget decided to quit his job as regional manager for Labatt Brewery and buy the business in 1993.

“I knew a promotion was coming and that I’d have to move to Montreal,” he recalls.  “But I didn’t want to go. I’m from here and my wife was pregnant, so I started looking for a business opportunity here instead.”

Forget’s attention quickly focused on a 6,000-sq.-ft. grocery store close to the courthouse, a health clinic and Rivière du Lièvre, a tributary of the Ottawa River that flows through Mont-Laurier.

“The owner was a client of mine and he told me he was retiring so I thought, ‘Why not?’” says Forget. “I liked working with the public and thought I could make a decent living running a store.”

From the get go, Forget started a years-long, million-dollar makeover of the store, including new fridges, freezers, compressors, air conditioning, cash register and counters.

“I changed everything, even the store entrance,” says Forget.  “But I figured I had to if I wanted to attract customers. It was the cost of doing business.” 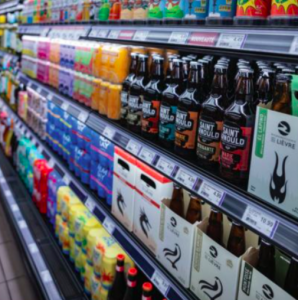 In addition to extending opening hours from 6 a.m. to 11:30 p.m. every day of the year, Forget also focused on becoming a major beer retailer.  “I know the brewing business so I moved quickly to organize and increase our offering,” says Forget. “We soon became and remain one of the biggest beer retailers in the region.” 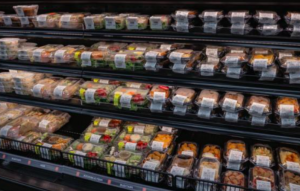 Another big winner is the ready-to-eat meals that Forget introduced.  “When I was with Labatt I saw how popular those items were in some of the stores I visited so I did the same here,” he says.  “It was a game changer.”

From a few initial items, notably homemade spaghetti sauce, the store now sells some 200 hot and cold items—everything from sandwiches, soups and salads to desserts and snack foods. 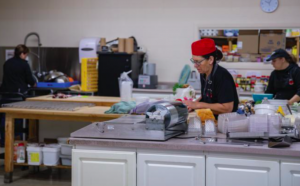 Made fresh daily in the store’s kitchen by eight full-time employees who work from 5:30 a.m. to 3 p.m., the prepared food are sold at two dedicated counters.

“It’s all take out, we have no places to sit and eat,” says Forget, who also runs a local catering service from the store.  “We’re busiest during lunch hours, when workers from downtown businesses drop by. It’s a real hub of activity here.”

Forget credits the attitudes and efforts of the store’s 26 employees, including six students, for helping to make the business a success.

“We have a great team,” says Forget, who also runs a local insurance and financial planning business with his wife and a son.  “People like working here. We treat them well.” 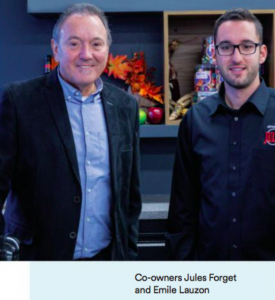 A year ago, Forget sold a 50% stake in the business to Emile Lauzon, a 24-year-old bookkeeper from Mont-Laurier who has worked in the store since age 18.

Lauzon notably led another major makeover in the store, including changes to the checkout and tobacco counters, the coffee and muffin area, as well as new lighting and new fridges for the prepared foods section.

“It’s a big investment,” says Lauzon about the most recent renovations.  “But like Jules always says, there’s more to running a store than taking profits.  You have to reinvest to make it nice for your customers.” 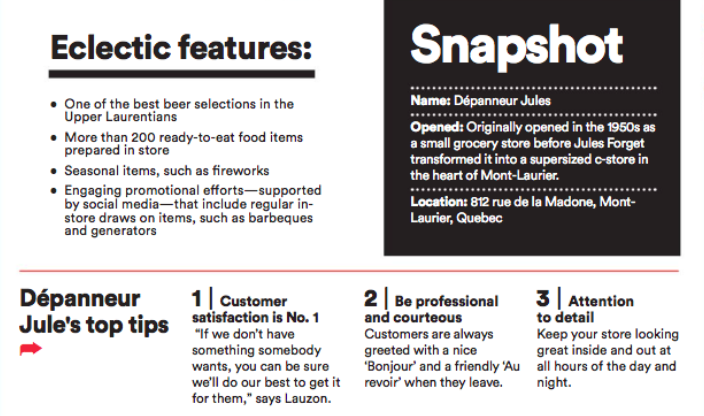