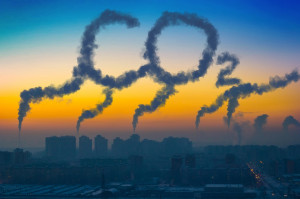 The federal government has released a $15-billion plan to meet its climate change commitments that includes steady increases to its carbon tax in each of the next 10 years.

“It can no longer be free to pollute anywhere in the country,” Prime Minister Justin Trudeau said Friday.

The plan includes money to encourage heavy industry to reduce its emissions, for communities to make buildings more energy efficient, and for remote communities to get off diesel-generated power.

The aim is a 32 per cent reduction in emissions by 2030, slightly more than Canada's 30% Paris agreement commitment. Ottawa hopes to reach 40% reductions when provincial programs are layered on.

But the plan's centrepiece is an increase in the federal carbon price.

That price will continue to increase by $10 a tonne a year until it reaches $50 in 2022. Trudeau announced increases will carry on and get steeper after that - $15 a tonne per year.

Trudeau said the tax will continue to be rebated and that most families should get more back than they pay.

“We are continuing to move forward and putting more money in the pockets of Canadian families by increasing the price on pollution.”

Trudeau took aim at provincial premiers such as Jason Kenney in Alberta and Scott Moe in Saskatchewan, who have challenged the constitutionality of a federal carbon tax.

“There are some places in this country that still want to make pollution free again,” he said. “We're not going to do that.”

The Supreme Court is expected to rule in the new year on the provincial challenges to the carbon tax. Trudeau wouldn't say how a provincial victory could affect the plan.

He said the plan would result in jobs and investment leaving Alberta.

“The Trudeau government had previously committed to consultations on any increase to the carbon tax beyond 2022, but no such consultations with myself, the Environment Minister or the province occurred.”

About $7 billion of the $15 billion in the plan had been previously announced for programs such as homeowner retrofits, tree-planting, conservation and zero-emission vehicle rebates.

The biggest piece of what's left - $3 billion - is to go to industry. Large industrial emitters will be able to apply for money for projects that either reduce emissions, bury them underground or offset them.

The industrial carbon tax is to rise along with the consumer price. But industries that compete internationally will continue to pay the levy only on emissions that exceed the average for their sector.

Municipalities are to receive $1.5 billion to improve the energy efficiency of buildings such as arenas and halls. Nearly $1 billion is to go to improving Canada's electrical grid.

Remote communities are to get $300 million to reduce emissions from power generation.

The government plans to go ahead with regulatory proposals such as a clean fuel standard intended to reduce greenhouse gases from vehicle fuels, although the standard won't apply to natural gas. Also under consideration is some form of border tariff to protect Canadian industries from competition from jurisdictions with lower climate standards.

The Business Council of Canada welcomed the federal plan.

Conservative Party environment critic Dan Albas said the Liberals should have ensured the provinces were on-board before releasing the plan.

“The environment is an area of shared jurisdiction and Canada's Conservatives will respect the jurisdiction of the provinces and territories by scrapping Trudeau's carbon tax,” Albas said.

The head of the Calgary-based Petroleum Services Association of Canada said she is concerned about the increased costs of Ottawa's climate change plan as her oilfield services industry members try to survive slumping oilfield activity due to low commodity prices.

“Industry has always been supportive of actions to address climate change as evidenced by the progress we have made in reducing our GHG emissions,” said PSAC interim CEO Elizabeth Aquin.

“The concerns are the cost of these measures and the layering on of all of the regulations and what that will mean for an industry in the sixth year of a downturn, exacerbated by the COVID-19 pandemic.”

She said news that the clean fuel standard will focus only on liquid fossil fuels like gasoline, diesel and oil and no longer cover gaseous fuels is “very good news,” because it will allow Canadian natural gas producers to be more competitive with other countries.

The Canadian Association of Petroleum Producers said it was analyzing the announcement in detail to fully understand its implications for the oil and natural gas industry.

Laurel Collins, the federal NDP's environment critic, said the emissions reduction target should be 50 per cent. She pointed out the plan only exceeds targets set years ago by Stephen Harper's Conservatives by two per cent.

She also criticized the plan for retaining a separate tax for heavy industry. “We need to make sure big polluters are paying their fair share.”

Green party leader Annamie Paul welcomed the Liberal plan, but also called the 30% reduction target outdated. Jurisdictions such as the European Union are aiming at 55%, she said.

She pointed to the Liberal government still funding fossil fuel developments such as the Trans Mountain pipeline expansion.

“We can't have the government say on the one hand that they are climate warriors and on the other they don't say anything about their continued investment in TMX and in fracking,” Paul said.

The plan got high marks from environmental think tanks.

“If they follow through with all this, that closes the gap between rhetoric and policy action,” said Dale Beugin of the Canadian Institute for Climate Choices.

He said the plan's 10-year time frame gives businesses a clear picture of what's ahead. “That creates incentives to create long-term investment.”

Isabelle Turcotte of the Pembina Institute warned that the plan requires industry as well as the provinces and territories to co-operate.

“It's a call to collaboration. We need all provinces and the private sector to add to this.”

The proposed carbon price wouldn't be the world's highest, but it would be “really robust,” she said.