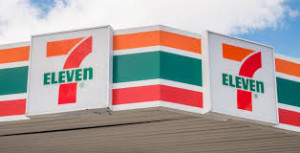 A union that represents many of Ontario's liquor store workers said it objects to 7-Eleven's recent liquor sales licence applications in Ontario, part of the retailer's plan to serve alcohol in some of its stores.

The multinational convenience store chain said in February that it plans to serve Ontario-made beer and wine products, using trained servers during limited hours in certain areas of its stores.

But the Ontario Public Service Employees Union said on Monday that 7-Eleven's plans could hurt homegrown small businesses and expose children to intoxicated people in stores.

"7-Eleven says it's trying to make its stores into restaurants where alcohol can be served, but we all know the truth: kids and teens will find themselves shoulder-to-shoulder with intoxicated people washing down a Twinkie with a six pack,'" said union president Warren "Smokey'' Thomas in a statement.

The public notice phase opened on Feb. 12 for 61 7-Eleven Canada locations, which are applying with the Alcohol and Gaming Commission of Ontario to host indoor alcohol consumption- though the stores would not be eligible to offer liquor takeout or delivery.

But the union said that granting the licences could set the province on a path to permitting sale of bottles of wine and six-packs in all of the convenience stores in the province.

The union says stopping private alcohol sales will be a priority later this month when collective bargaining begins for its 13,000 members that work at the LCBO.

Premier Doug Ford promised during election campaigning to make beer and wine available in corner stores, grocery stores and big box stores, and in 2019 the government said it would add the sale of beer, wine and cider to almost 300 more stores.

Meanwhile, 7-Eleven has been experimenting with new layouts in the U.S. It has opened several locations there called Evolution Stores, which include Laredo Taco Company restaurants, kombucha on tap, beauty and electronics products, and an area called "The Cellar,'' which serves local craft beer and cider on tap in "growler stations.'' 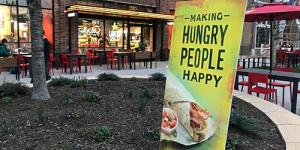 The convenience chain has not said whether its Ontario locations would look anything like the Evolution Stores, but has said that the plan to serve wine and beer in Ontario would "complement our fresh food and hot food programs.''

Representatives from industry groups Restaurants Canada and Save Hospitality previously told The Canadian Press that they were open to some competition from 7-Eleven.

James Rilett, president of Central Canada for Restaurants Canada, has said that since the convenience store chain is not primarily a restaurant, the rules don't allow the chain to compete with restaurants by offering takeout alcohol sales. In February, Rillet said 7-Eleven could look to restaurants at rest stops for examples of how to manage alcohol service in areas frequented by drivers.

Erik Joyal, a restaurateur and co-founder of Save Hospitality, said last month that it could be a good thing if 7-Eleven can use its sway to liberalize alcohol sales and get better wholesale pricing for the restaurant industry.