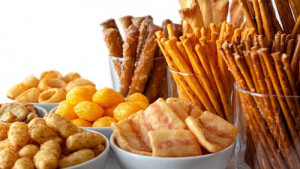 Have you ever wondered if devouring a bag of chips, ripping through a jar of pickles or indulging in an entire box of chocolates post pot-intake is a real thing?

One of the main things people associate with recreational cannabis use is the onset of the “munchies.” There are even some well-documented neuroscience-based theories that support this often referenced behaviour.

Given the milestone passing of the first year of legalized recreational cannabis use in Canada, where overall cannabis usage has hit the 16% mark (up from 3% post legalization), Ipsos can now confirm that the munchies phenomenon is occurring in a sizeable and targetable fashion.

Robust findings from Ipsos FIVE daily tracking of consumption habits, situational dynamics and motivations reveals almost three-quarters (73%) of Canadian cannabis consumers are snacking during post-pot moments and opting for a wide and varied assortment of foods and beverages within three hours following recreational use.

While snacking is an ingrained behaviour in almost all Canadians’ daily eating patterns, this new occasion will no doubt expand as recreational cannabis consumption increases, providing an interesting growth opportunity for Canadian businesses.

Not surprisingly, cannabis snackers are slightly more likely to be males between the ages of 25 to 34 years, though there is solid development among all consumer cohorts under age 50. Munching mania peaks between 9 p.m. and midnight, with over-development on Thursday and Saturday evenings.

Top foods and beverages consumed on munching occasions include a wide variety of both traditional snack foods and beverages as well as non-traditional options that satisfy needs for hunger, indulgence, craving, taste and experience. These munchers also seek bold flavours that are both sweet and spicy, and they are far less concerned about health or guilt during these moments.

Items that are easily available or accessible and ones that require virtually no preparation are also influencing these consumers’ choices. These demands are presenting an opportunity for foodservice. In fact, almost one in five (18%) munching moments are sourced from foodservice establishments, with late night goodies more often sourced from easy access drive-thrus as well as online delivery services.

While there is already a clear correlation between cannabis and food consumption, the legalization of edible products (on October 17) marks a new chapter in this relationship.

While legal edible or beverage products will not be available to consumers until December 17 (taking into account the mandatory Health Canada new product review period), perhaps the organic connection that already exists, given our current intake patterns, will put edible product launches in a good position to hit the ground running.

Undoubtedly, as the Canadian market continues to green, manufacturers, retailers and foodservice operators who are well-positioned to capitalize on Canadian munching mania will have budding growth potential in the future.

A recent Ipsos poll confirmed that most Canadian cannabis users (70%) admit they have already sampled a cannabis edible or drink, with the overwhelming majority (82%) confirming that their last consumption experience was a positive one.