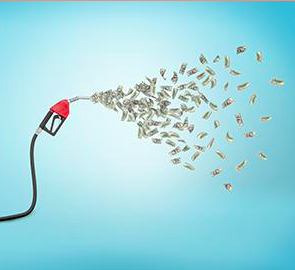 An inquiry into British Columbia's high gas prices says there's an unexplained difference of 13 cents per litre between Metro Vancouver and Seattle that is costing drivers on the Canadian side of the border nearly $500 million a year.

Wholesale prices in southern B.C. are set based on those in the Pacific Northwest of the United States because it is a nearby region and a similar price is considered justifiable, B.C. Utilities Commission CEO David Morton said Friday.

However, the commission found that even after accounting for transportation costs and higher B.C. fuel standards, Metro Vancouver drivers are still paying more than those in Washington.

"The higher price differentials cannot be explained by economic theory or justified by known factors in the market, nor can the panel find a specific trigger in 2015 that would explain the beginning of this disconnect,'' Morton said at a news conference.

Premier John Horgan called the public inquiry in May as prices reached a record-breaking $1.70 per litre. It was asked to explore factors influencing gas and diesel prices, not including taxes, since 2015 and actions the province could take.

But prior to 2015, Metro Vancouver drivers paid five cents a litre more than Seattle drivers. Wholesale prices in northern B.C. are based on Edmonton prices and drivers in that part of the province pay six cents more a litre, he added.

Morton said B.C.'s wholesale market is not truly competitive because a small number of wholesalers control distribution and have the ability to influence prices.

In the retail market, companies including Parkland Fuel Corp., Suncor Energy, Shell Canada and Husky Energy have greater direct control over pricing in B.C. compared with the Canadian average, he said.

"There's no evidence to suggest collusion among the retail operators exists nor is there evidence of cartel behaviour. However, the panel refrained from suggesting that the B.C. retail market is performing optimally,'' Morton said.

"Rather, we observed that prices move up and down in a manner that gives the appearance of a functioning competitive market. But it's also possible this pricing behaviour is choreographed.''

B.C.'s refineries have been operating at capacity since 2015 and it appears the amount of storage is not a factor in prices, he said.

The Trans Mountain pipeline changed its allocation that year to increase crude oil and reduce gasoline shipped to Metro Vancouver, he said, but more capacity would not guarantee a price reduction.

"Even if cheaper gasoline from Alberta was available, as long as pricing is based on the Pacific Northwest spot price, customers would not see the benefits of that.''

Morton said the province could consider encouraging more refinery capacity, but it would be challenging given that gas and diesel demand is projected to decline. Another option would be regulations to reduce the price differential.

"An oligopoly is a word that is not used very frequently, but it means a state of limited competition in which a market is dominated by a small number of producers,'' he said.

The Canadian Fuels Association said the report highlights a number of factors that contribute to B.C. price fluctuations, including increased reliance on fuel imports.

"While price regulation can moderate price fluctuations, it can also have unintended consequences. We recommend that B.C. consult with price-regulated jurisdictions to understand the real market impacts. In our view, markets work best without interference.''

Peter Milobar, a Liberal who represents Kamloops-North Thompson in the legislature, said the inquiry should have been allowed to consider the impacts of provincial taxes.

"Horgan and the NDP dragged their feet with a sham review that was barred from looking at the impact of their policies and taxation on the costs of fuel. John Horgan insisted high gas prices were due to industry collusion and this review has proven him wrong.''

"Certainly in that context, having additional capacity in an expanded pipeline may be useful.''