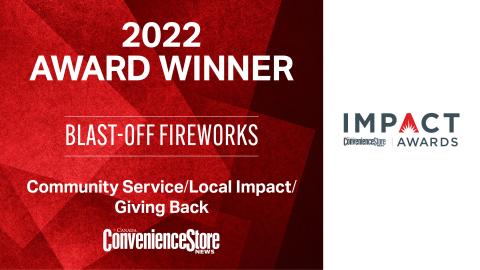 In some ways, the work of Blast-Off Fireworks  with the Manitoba Agricultural Museum to preserve Western Canada's last flat grain warehouse, is a story of good corporate citizenship. But it’s also a story about community and heritage and the impulse to do things because it’s in the blood. That’s the case for Matthew Bialek, president and founder of Blast-Off Fireworks. For generations his family was tied to farming and agriculture—he was the first to break that tradition.

“My dad encouraged me to go to school versus helping in the family agri-business,” he says. “But, I feel a huge debt of gratitude to the agricultural industry—which is fading pretty fast in Manitoba—and this is one of our attempts to preserve a small slice of that.”

Blast-Off developed the "Prairie Pride" fireworks kit to support the endeavour to help the museum, which sold the fireworks kits for fundraising, while Blast-Off distributed it across its network of 4,000+ stores, and every sale contributed to funding the preservation of the Brookdale flat warehouse.

Blast-Off sold enough fireworks to fully fund the costs of moving the flat warehouse to the Manitoba Agricultural Museum in Austin, Man. A job well done, but the work isn’t over. Blast-Off is now partnering with the Pioneer Village Museum in Beausejour on a similar project: preserving the Elevator Agent's Office from the grain elevator in Tyndall.

Blast-Off’s commitment is about helping, but it’s also just who they are. “We're still very reliant on service, on relationships, and many of the features that—when you think back to the past—the agricultural industry shared,” says Bialek. “There’s still some form of that in our blood… for us this is a project of love.”