Tobacco and related products continue to play a key role in the convenience sector. That role, however, is under fire and under threat from new and proposed government regulations. Action on numerous fronts—including at the store level—is needed.

Increasing taxation is an issue for smokers and the stores where they purchase cigarettes. In its 2021 budget, the federal government announced it would impose an additional $4 levy on a carton of 200 cigarettes, a move that will bring more than $2.1 billion into federal coffers over five years. Equivalent increases are planned for other tobacco products.

While the taxing move may convince some smokers to quit, many more will sidestep the increased cost by buying illegal cigarettes. “There is a direct correlation between government policies and the growth of the contraband market,” says Anne Kothawala, president and CEO of the Convenience Industry Council of Canada.

She points to British Columbia and Newfoundland and Labrador, both of which are reporting a significant drop in legal sales in the wake of provincial tax increases on tobacco. In Newfoundland and Labrador, the recent $6-per-carton increase is the third time in nine months the government has hiked taxes on tobacco products. A carton of cigarettes has increased by $20 overall.

“In Newfoundland, the problem has evolved so quickly that there are reports of people standing outside convenience stores yelling at customers going in the door that they can buy cigarettes from them for cash at one-third the price,” says Kothawala.

Bottom line for c-stores: Taxes go up, sales go down.

Last June, the federal government announced a proposed ban on the sale of flavoured vaping products. A week later, it followed up by announcing impending changes to vaping regulations that will cap the concentration of nicotine in vapour products sold across Canada to a maximum of 20 mg/ml. Eric Gagnon, VP of corporate and regulatory affairs for Imperial Tobacco Canada in Montreal, calls the restrictions “mind boggling.”

“This is nothing more than punitive and excessive regulations,” he says. “Vapour products have played a significant role in recent years in reducing smoking rates in Canada. We should be maintaining the level of choice, not limiting choice.”

Another concern for the convenience sector: specialty vape stores. Ontario has moved to implement both a flavour ban and a nicotine cap—but only for vape products sold in convenience stores. Singling out c-stores flies in the face of the 2019 Drug use Among Ontario Students Report released by the Centre for Addiction and Mental Health that found convenience stores are the least common source of vaping products for youth. Borrowing from a friend topped the list (53.7%) , buying from a friend or someone else (11.2%) and purchasing from a specialty vape store (9.7%) rounded out the top three sources of vaping products for youth. By contrast, the number of young people accessing vapour products from convenience stores was so low that it didn't even make the list.

Plenty, says John Mazzuca, an Alberta-based key account manager with National Smokeless Tobacco Company (NSTC). He recommends starting with inventory. “A recent audit by our sales force documented out-of-stocks as high as 10% for select SKUs during routine store visits. At this level, out-of-stocks could lead to a loss of one in 10 adult smokeless tobacco consumers.”

Adult consumers are also looking for fresh product, he notes. “We recommend retailers monitor inventory weekly, at a minimum.”

In the face of increasing taxes, pricing products competitively is a necessity.

“We continue to see increased adult tobacco consumer interest in lower-priced pouch products,” says Mazzuca. “We expect that trend to continue in 2022 and beyond. When considering product offerings in their stores, retailers should make sure pouches are part of the mix.”

“Focusing on dollar margin profit per can as opposed to a margin percentage calculation should be considered,” says Ontario-based NSTC key account manager Steve Rawn.

JTI Macdonald Corp. works closely with operators to navigate issues and provide support. In a statement, the company said: “C-stores are an essential part of our industry and JTI’s vision. Throughout visits, whether it be in-person or virtual, we always want to provide our partners with diverse and accurate education to ensure they are well equipped with product knowledge, legislation details, and general data to support the growth and success of their business. We are very appreciative of our strong and trusted business relationships, and always look forward to future partnership opportunities.”

Bottom line for c-stores: Make it convenient and affordable for customers to buy tobacco and tobacco-related products. 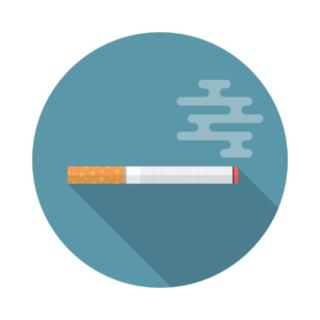 While the macro-observation is cigarette sales at convenience are trending downward, 2020 defied that trend with a notable jump in sales (and tax revenues), according to NielsenIQ Market Track. What happened? Government-mandated lockdowns curtailed illegal sales activity and smokers’ access to unregulated product. 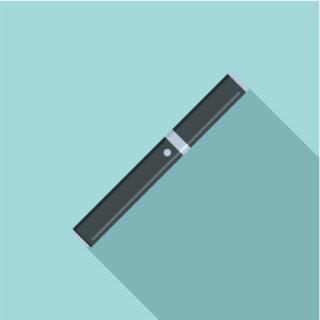 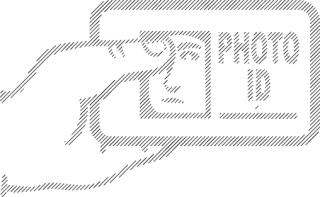 Despite regulatory challenges and sales upheaval due to contraband, tobacco and related products—cigars, snus, e-cigarettes and other non-combustible products—are a key category and sales driver for c-stores. As pandemic-related restrictions begin to ease and consumers have greater sourcing options (legal or otherwise), c-store operators will have to work even harder to keep customers coming back. However, with a proven track record for selling age-restricted products, the channel is in a unique position to continue its leadership position and guide customers in this space.

While c-store operators cannot actively promote products, you can answer customer queries. Let your customers come to you with questions and be ready with the right information.

If a customer is looking to make a cigarette change, be it lighter, stronger or a different price point, offer insights.

Know your customers and stock the brands they smoke, however ensure your product mix includes tobacco alternatives, such as cigars, snus and vapes for those who are looking to try something new.

Most manufacturers/suppliers work hard at building relationships with c-stores and offer a variety of tools to educate frontline staff that include one-on-one conversations, as well as online training sessions and video modules. Take advantage!

Shoppers want to be in and out quickly so invest in a storage system that makes plain packaged products quickly accessible.

Give new staff the training and resources they need to understand your storage system, as well as brand attributes and regulatory rules. Give staff paid time to complete training modules offered by manufacturers.

When it comes to any age-restricted product, c-stores are essential gatekeepers. Always err on the side of caution by asking for ID and encourage staff to do the same. One way to avoid awkward conversations is to have technology do the work. The Ontario Convenience Stores Association partnered with Liquid Avatar to roll out a new pilot: Smart Age program provides digital age verification, supported with biometric authentication, for restricted product sales, such as tobacco, as well as lottery, alcohol and other goods and services. It’s done through a mobile device using verifiable digital credentials and biometrics without a user divulging any personally identifiable information to the store clerk.