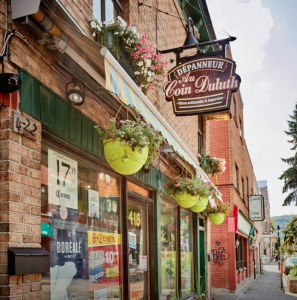 Montreal dépanneur owner Clermont Cloutier believes in the power of a smile.

“Everybody appreciates one,” he says.  “A smile makes people feel good.”

But it's not just his smile that drives customers to Cloutier's popular dépanneur Au Coin Duluth: it's the beer. Here's just one rave review from Yelp: "A great selection for the beer connoisseur. Whenever a QC microbrewery releases something difficult to find, they have it. This is the place to go when the common lager doesn't suffice anymore, for discoveries and the occasional recommendation."

A long history in convenience

In the early 1980s Cloutier, a transport cost comptroller with the James Bay Energy Corporation, started looking around for a new career when the massive hydroelectric project ended and his position was eliminated.

“I really wanted to have a business of my own,” recalls Cloutier, who grew up in Ville d’Anjou in east-end Montreal.

He ended up buying a Provi-soir franchise in nearby Pointe-aux-Trembles for $20,000.

Looking back, Cloutier says it was his best investment ever. “I didn’t know anything about the convenience store business,” he says. “Provi-soir was a great school and provided great support.”

Cloutier also discovered the thing he enjoys most about the c-store business: building relationships with people. “Not just with clients but with suppliers and other people you deal with,” he says.

Cloutier and his former wife and partner, Jeannine Turcotte, each worked 50-60 hours a week at the store while raising two boys.

They later bought a second Provi-soir location that Jeannine managed. “We each had our own store,” says Cloutier. “It’s a lot of work and it’s tough on a marriage.”

Separated from Jeannine and tired of big dividends to the franchisor, Cloutier gave up the two stores and started his own store in the Plateau district near Montreal’s downtown.

“I really like the area,” Cloutier says about the Plateau, one of the most densely populated urban areas in Canada. “There’s lots of action.”

He ran the 400-sq.-ft store, called l'Épicérie-Boucherie, until 2008, when he bought a nearby store called Au Coin Duluth from Katherine Boucher.

“She was new in the business and I helped her out – but then she became my girlfriend,” quips Cloutier. 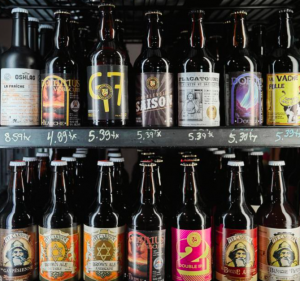 It was at Au Coin Duluth that Cloutier really hit his stride as an energetic and innovative dépanneur owner.

Together with his son Yan, Cloutier joined the Metro banner and doubled the store’s size. Notably, they brought in fridges and became one of the first stores in Montreal to specialize in craft beers from Quebec microbreweries.

“A (government-run liquor store) opened near us so we decided to specialize in beer,” says Cloutier.  "It was a smart move."

Today the store carries some 250 Quebec craft beers, plus another 150 kinds of commercial beer. It also holds craft beer tastings, a novelty that has earned Au Coin Duluth rave reviews on social media and a Top 10 ranking among Montreal c-stores on Yelp.

Cloutier credits both Yan and long-time employee David Samuel for building the store’s selection of craft beer and Quebec wines, which he says are “a perfect fit” for a store surrounded by restaurants that allow patrons to bring their own beer and wine.

In 2011, the dépanneur owner Cloutier spent more than $1 million to build a stylish new 4,000-sq.-ft. food store in a condo development called Station 54 in nearby Rosemont. Operated under the Sobeys banner by Yan and his wife, Nadia Laforge, the aptly-named Marché Station 54 stocks the same craft beer and wine selection as Au Coin Duluth. 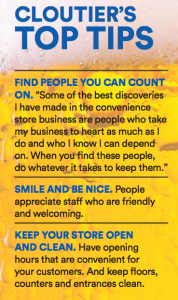 But Cloutier, who turns 70 next year, is now winding down his retailing career.

“My plan is start opening an hour later over the next few years until I’m at zero.  Then I’ll retire.”