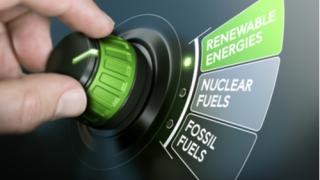 BC Hydro and the British Columbia provincial government have announced a new five-year plan for the Crown corporation that will provide incentives for people to switch from fossil fuels to electricity to power their homes, businesses and vehicles.

Under the plan announced on Sept. 28, 2021, BC Hydro will spend nearly $190 million to promote fuel switching in homes, buildings, vehicles and industry.

More than $50 million will be spent to attract industries to B.C. to run their businesses and reduce their carbon footprint by using hydroelectricity.

Bruce Ralston, the province’s minister of energy, mines and low carbon innovation, called the plan “ambitious” and said it could lead to lower rates for BC Hydro customers, potentially by about 1.6% by 2026.

B.C. Premier John Horgan said the plan could reduce greenhouse gas emissions by about 930,000 tonnes by 2026. That is equivalent to taking about 200,000 passenger vehicles a year off the road.

This plan builds on existing rebates and customer supports for the installation of heat pumps, electric vehicle chargers and electrification measures. The province announced in January that it would set up an electrification fund using about $84 million from the federal government’s infrastructure investment program. The fund aims to reduce the costs of connecting to the power grid and supporting certain industrial customers in upgrading their connections. The amount would cover up to 50% of a customer’s eligible costs, such as new transmission lines, to a maximum of $15 million.

The government also plans to “more than triple” the number of public fast-charging stations for electric vehicles by 2025.

In July, the B.C. government announced a hydrogen strategy involving government, industry and innovators to help the province achieve net-zero carbon emissions by 2050.

According to Ralston, the short-term goals include establishing regional hydrogen hubs to supply fuel to industries and consumers. This would take place while increasing the number of medium and heavy-duty vehicles powered by hydrogen on highways and at industrial sites, he said.