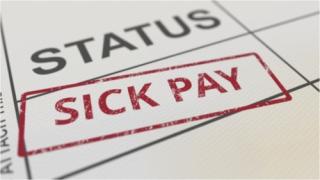 British Columbia will give all workers up to three days of paid sick leave to support those affected by COVID-19.

Labour Minister Harry Bains introduced the legislation May 11, saying it would be effective until Dec. 31.

He says the provincial government will be "stepping up in a major way'' to support businesses with the cost.

Employers will be required to pay workers their full wages and those without an existing sick-leave program will be reimbursed by the government $200 per day for each worker.

WorkSafeBC, the provincial injury prevention and safety agency, will begin administering the program next month and employers will be required to cover the difference for those employees who earn more than $200 per day.

Bains also says a new permanent entitlement to paid personal injury and illness leave would take effect in January, although the number of entitlement days would be determined through consultation in the coming months.

"Having paid sick leave is good for businesses, good for workers, good for our communities and will help our economy recover faster,'' Bains said in the legislature on Tuesday.

The government says about half of B.C. employees do not currently have access to paid sick leave.

British Columbia's proposed legislation closely matches the program introduced in Ontario, which has come under heavy criticism for falling short of what's needed to curb the spread of COVID-19.

Premier John Horgan said last month the province was considering its own sick-leave program after the federal government failed to bring in a national plan that would fill in the gaps of the Canada Recovery Sickness Benefit.