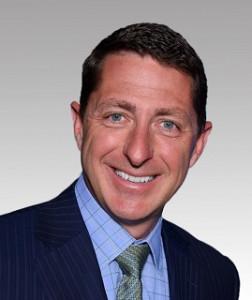 LAVAL, Quebec — Alimentation Couche-Tard Inc., parent company of Circle K, reported a relatively strong fourth quarter for its 2020 fiscal year despite grappling with the challenges of the COVID-19 pandemic.

"Our agile, decentralized model, as well as the advancements we made in operational excellence this past year, helped us to face the unprecedented challenges of COVID-19 and I'm proud to say, I think we've emerged from this historic year a better and stronger company, both financially and culturally," president and CEO Brian Hannasch stated during the company's Q4 earnings call on June 30.

"We ended the fourth quarter with strong top-line trends, including 12 weeks of positive traffic, before we endured a significant decline in traffic and fuel volumes with the pandemic stay-at-home orders implemented across our global footprint," he added.

Looking at the fourth-quarter numbers, same-store merchandise revenue decreased by 0.5 percent in the United States and 6.5 percent in Europe, while increasing 4.7 percent in Canada compared to the same quarter last year.

From a fuels perspective, volumes declined sharply during the first weeks following the stay-at-home orders. For the fourth quarter overall, same-store road transportation fuel volumes decreased 18.3 percent in the U.S., 13.4 percent in Europe, and 23.5 percent in Canada compared to the same quarter a year ago. The sharp decline in volumes was mitigated by higher fuel margins, which benefited from the rapid and steep declining crude prices during the quarter, as well as lower competitive activity at retail.

"Through the implementation of restricted social measures in the various geographies in which we operate, the COVID-19 pandemic had a meaningful impact on our financial results, mostly driven by declining traffic across our entire network," Hannasch explained.

"We innovated quickly to meet the desire for less touchpoints, as well as different SKUs and package sizes," he said. "We are placing the health and safety of our employees and customers at the forefront of our decision-making, and we are committed to being part of the solution in our communities where we work and live. I am truly grateful for the courage, care and commitment that our employees are showing toward each other, toward our customers, and the business."

BEING PART OF THE SOLUTION

As the health crisis spread across countries and regions, Couche-Tard stepped in to "become part of the solution" in its communities, according to the chief executive.

For example, the retailer launched a free coffee, tea or Polar Pop offer for front-line and first-responder workers beginning in March. In addition, it contributed more than 40 million meals to Feeding America in the United States and beginning in June, the company pledged 5 million meals to food banks in Canada. In Europe, Couche-Tard delivered goods to the elderly and impaired, as well as care packages to hospitals and other facilities.

Couche-Tard also worked to innovate rapidly to meet the changing needs of its customers.

"We rapidly developed a click-and-collect model both in Europe and in North America for curbside delivery, and we've expanded home delivery to third parties with more than 1,000 sites now having home-delivery capability globally," Hannasch explained.

"The urgency of the pandemic brought out the best in our company's ability to adapt the new community of solutions and technology, adjusting to the rapidly changing retail landscape," he said.

One of the biggest adaptions for any convenience store operator during the past few months has been the suspension of self-serve items, and Couche-Tard's locations were no different. Self-serve items were removed in many parts of its network — more prevalent in the U.S. since the retailer does not do a lot of self-serve in Europe.

Despite the change being mandatory in the affected areas, Hannasch observed: "I think it was resounding that the customers preferred the old way; they preferred the self-serve. We saw sales decline in those stores more than we did in stores where self-serve remained in place."

With the U.S. in the relatively early stages of reopening, the chief executive said it is too early to tell what COVID-19 changes will stick around.

"I think it's premature to say what the future will bring on, in terms of permanent changes in consumer habits. That said, the grab-and-go, low-touch nature of our 'Fresh Food Fast' program could be beneficial to us where we're delivering quality products, good taste — great taste, actually — that doesn't need to be handled by our staff in-store," he said.

So far in the first quarter of its 2021 fiscal year, Couche-Tard is seeing a strong increase in merchandise sales as traffic gradually improves week to week.

"Many factors appear to be contributing here but, more notably, we continue to see the move to larger baskets that I pointed out earlier, and see the customer adjusting their shopping habits," Hannasch pointed out.

"We think there's some preference for the ease and convenience of our locations, and our channel over some other channels during this COVID period and COVID recovery," he continued. "We've also gained new customers as we stayed open throughout the pandemic to meet their needs for emergency products, impulse buys and grocery items, which became increasingly popular, and we’re seeing some stickiness."

On the fuels side, the retailer is seeing fuel volumes gradually return, and fuel margins have remained healthy through May and June.

"In recent days, there’s been a resurgence of COVID in parts of our U.S. network, and it is unclear how the virus in the global economy will develop in the weeks and months ahead," Hannasch said. "So as such, we will continue to adhere to our customary financial discipline and maintain a robust contingency planning."

As of April 26, Laval-based Couche-Tard's network comprised 9,414 c-stores throughout North America, including 8,221 stores with road transportation fuel. Its North American network consists of 18 business units, including 14 in the United States covering 48 states and four in Canada covering all 10 provinces.

In Europe, Couche-Tard operates a retail network across Scandinavia, Ireland, Poland, the Baltics and Russia through 10 business units. As of April 26, its European network comprised 2,710 stores, the majority of which offer road transportation fuel and convenience products while the others are unmanned automated fuel stations that only offer road transportation fuel.

In addition, under licensing agreements, close to 2,350 stores are operated under the Circle K banner in 15 other countries and territories, which brings the worldwide total network to close to 14,500 stores.