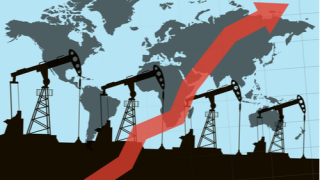 OTTAWA - Canada's oil and gas producers can hike output by the equivalent of 300,000 barrels a day by the end of the year to help displace Russian fossil fuels, Natural Resources Minister Jonathan Wilkinson said Thursday.

Wilkinson, speaking at the end of an International Energy Agency meeting in Paris, said two-thirds of that is oil and the rest natural gas.

"Canada's European friends and allies are experiencing an energy security crisis, a crisis that could impact industry, mobility, and even the heating of homes,'' Wilkinson said. "This crisis must be addressed.''

As part of economic sanctions intended to punish Russia for its invasion in Ukraine, western allies are also trying to cut off any dependence on Russia for oil and gas.

Canada and the United States could do that without much difficulty because they already import very little. Europe, however, relies on Russia for about one-quarter of its oil supply and 40% of its gas.

The IEA said the European Union imported about 380 million cubic metres of natural gas and 2.3 million barrels of oil from Russia every day in 2021.

What Canada can offer would replace less than five per cent of Europe's gas imports from Russia and less than 10% of its Russian oil imports.

Wilkinson said the added Canadian production would replace Russian fuels so it should not lead to an overall increase in greenhouse gas emissions. He said it's being done with a careful eye on Canada's climate change commitments, but Canada cannot turn a blind eye to Europe's plight.

"We have our European allies who are facing the prospect of not being able to heat their homes or fill up their trucks that actually service their grocery stores and their restaurants,'' he said.

"It would be incredibly irresponsible for Canada to say, 'we don't care, we're going to stick our fingers in our ears and we are going to essentially pretend that that crisis doesn't exist.' That's not what we're trying to do. That's not what allies do.''

Canada lacks the infrastructure to ship any oil or gas to Europe directly. Instead it will travel through existing pipelines to the United States, which has agreed to route it to the Gulf of Mexico for export to Europe, either before or after it's refined.

Those pipelines are nearly full, said Ben Brunnen, vice-president of oilsands, fiscal and economic policy for the Canadian Association of Petroleum Producers, which represents the country's largest oil producers.

While industry does have the capacity to increase production and exports slightly, the figures quoted by Wilkinson are a "best-case scenario,'' Brunnen said.

"It's important to emphasize this is the potential capacity, it's not necessarily what industry would do. Other challenges and concerns include inflation costs, access to rigs, labour costs,'' he said. "So even if a company was encouraged to increase their production they might not do it, because the economics might not make sense.''

While Brunnen said he appreciates the federal government's willingness to acknowledge a short-term role for Canada in the current energy supply crisis, he said the real question is what happens in the medium to long-term.

"Any company that's looking at increasing production is going to be faced with the additional risk of the investment community not necessarily being supportive of this growth, which has certainly been the case in the last several years,'' he said. "So unless there's a clear signal from government indicating support for growing production and growing egress, there's a real chance the investment community might not be supportive of these companies and any growth plans.''

Alberta Energy Minister Sonya Savage echoed those thoughts, saying the federal government has "demonized'' the oil and gas industry for too long, and as a result the industry's ability to grow is constrained.

"We have to be much more ambitious in the long run. We should be looking at bringing on a million or a million-and-a-half incremental barrels in the longer term to replace Russian oil,'' Savage said. "But we need the federal government to step back and step out of the way.''

Wilkinson said Canada is "very open to the discussion'' about what else it can do to help, including the possibility of new terminals on the East Coast to export Canadian liquefied natural gas to Europe.

But he said those investments are heavily dependent on understanding the amount of time it would take to get them running, and being able to ensure any new gas infrastructure is "ultralow emission'' so it doesn't increase Canada's carbon footprint along the way.

They would also have to be able to transition eventually to hydrogen, "which is where everybody wants to go,'' he said.

Canada is aiming to become a net exporter of hydrogen as a source of energy, but its own domestic projects are in the very early stages. Wilkinson said Canada and Europe are both committed to hastening the transition to renewable energy.

Europe is looking at a number of other options to reduce its gas needs in the short term, including accelerating wind and solar projects, increasing the use of bioenergy, delaying the shutdown of some nuclear power plants, and accelerating the use of heat pumps.

He said Canada needs to create an emergency program to make heat pumps and wind turbines for Europe, the same way it did with planes and tanks during the Second World War.

Those steps include cutting speed limits on highways by 10 kilometres an hour, having employees who can work from home do so at least three days a week, encouraging the use of public transit by lowering the cost, and implementing policies to reduce the use of cars in city centres, such as alternating which days people can bring their cars downtown.

Wilkinson said the agency asked all the energy ministers at the Paris meeting to implement the plan, and noted Canada's ability to help Ukraine and the rest of Europe with energy security means Canada "certainly can and should'' find ways to cut our own fossil fuel use.