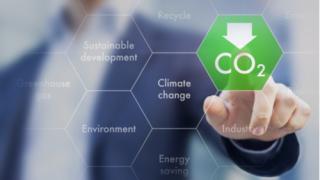 The country currently emits 730 million tonnes of carbon dioxide, including other greenhouse gases such as methane and nitrous oxide. In order to meet its goal, Canada needs to reach 407 to 443 million tonnes.

Prime Minister Justin Trudeau believes that the oil and gas sector can afford such a measure.

"The biggest contributor is, of course, the oil and gas sector in this country, so we have put down a clear track for where the sector needs to go,'' he said. "With record profits, this is the moment for the oil and gas sector to invest in the sustainable future that will be good for business, good for communities, and good for our future.''

"We're laying down a clear, reasonable contribution for the sector to make, so we can drive work forward on our commitment to cap and cut emissions,'' said Trudeau.

This is echoed in the report as well, which states: "Canada's oil and gas industry is currently generating record cash flow. If deployed strategically, these funds could enhance carbon competitiveness and enable the sector to do its fair share in contributing to the country's climate goals.

However, despite the Federal plan to cut emissions, the oil sector has slightly different plans. While still attempting to cut emissions, the Oil Sands Pathway Alliance, a group of six Canadian oil and gas companies including Suncor, has targeted a 32% cut by 2030. This group accounts for 90% of northern Alberta's oil sands production.

"The Pathways Alliance has been clear that the interim goals set for our industry must be flexible, realistic and achievable,'' Kendall Dilling, interim director of the group, said in a statement.

In addition to the oil and gas sector, Canada is also targeting the transportation sector, which is responsible for 25% of the country's emissions - or 186 million tonnes, as was reported in 2018. Canada hopes to see that number drop to 143 million tonnes by 2030.

In order to do this, the country will attempt to get Canadians to transition to zero-emissions vehicles (ZEVs). They will soon mandate that 20% of all light-duty vehicle sales in Canada be ZEVS by 2026.

"With rising consumer demand for ZEVs, and exciting new products being offered by both traditional and new manufacturers, the world is nearing a tipping point. The global electric car stock reached 10 million in 2020 and the trend line is curving upward for 2021,'' said the report.

While this is a huge undertaking, Canada has promised to provide $400 million in funding to add 50,000 ZEV chargers to its network.