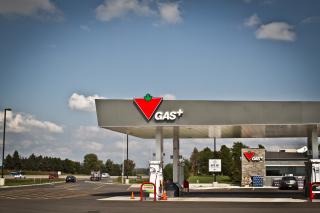 Consumer spending on essentials like grocery, gas and services remains strong but demand for non-essential goods is showing signs of softening, the head of Canadian Tire Corp. said.

The insight, gleaned from purchases made using the company's credit cards and sales across its network of stores, suggests that Canadians are beginning to shift spending as inflation increases the cost of living, Greg Hicks, president and CEO of the retail and financial services giant, said during an earnings call Thursday.

"In aggregate, spend remains strong. What we are seeing is a mix shift in that spend,'' he said. "Spend appears to be softening in non-grocery merchant sales and remains strong across grocery, gas and services.''

Across the company's multiple banners, including the eponymous retail store, Mark's and SportChek, overall consumer demand in the latest quarter was "choppy,'' Hicks said.

"Demand was strong in the early part of the quarter, trailed off in the middle and then finished strong in the last few weeks of September,'' he said of the company's third-quarter results.

Consolidated retail sales in the quarter ended Oct. 1 were up 2.8% compared with the same period last year, but slowed from the previous quarter.

At the company's Canadian Tire retail stores, some shoppers appeared to be increasingly price sensitive.

"Our percentage of baskets in which all items in the basket are discounted is on the rise,'' he said.

There was also evidence of more "performance separation'' for essential and non-essential categories, Hicks said.

Spending on tires and automotive products, plumbing supplies and pet needs increased, while spending on exercise equipment, electronics and furniture dropped, he said.

One of the biggest declines was in the non-essential "boredom busters'' category, Canadian Tire retail president TJ Flood said.

Sales of items like bikes, backyard amusement games and home entertainment goods - in strong demand during pandemic lockdowns - dropped about 30% during the quarter, he said.

But sales of "boredom buster'' items were still up 16% compared with 2019, while growth in categories like automotive offset the decline, Flood said.

Meanwhile, ongoing supply issues appear to influence some of change in sales mix.

"Our living, fixing and playing divisions were down in the quarter compared to last year due to supply challenges in areas like vacuums and portable power tools,'' Canadian Tire chief financial officer Gregory Craig said during the earnings call.

"Demand for some home items and exercise equipment also slowed,'' he said. "This was partially offset by areas of growth, particularly in camping and in paint.''

However, these headwinds are expected to ease in its fourth quarter, he said.

"Based on what we're seeing in the market, ocean spot rates are meaningfully lower than they were last year, fuel prices are coming down and product costs appear to be stabilizing,'' Craig said.

Canadian Tire raised its dividend as it reported its third-quarter profit fell compared with a year ago.

Revenue totalled $4.23 billion, up from $3.91 billion in its third quarter last year.

Analysts on average had expected a profit of $3.92 per share and $4.23 billion in revenue, according to estimates compiled by financial markets data firm Refinitiv.

In a client note, she said the company is on a bumpy road as weaker-than-expected results show cost headwinds are taking a toll.