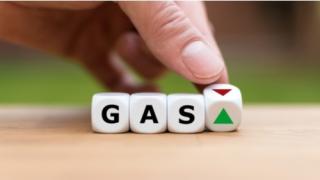 Gasoline prices shattered all-time records in many parts of the country this week, just in time for Canadians to hit the highway for the Thanksgiving long weekend.

Data from Natural Resources Canada, which tracks fuel prices across the country, shows the average weighted national retail price for regular gasoline in Canada hit $1.45 per litre this week. That's up more than 40 cents year-over-year and the highest weekly average price on record, according to fuel price consultancy firm Kalibrate, which has data all the way back to 2007.

"This we haven't seen in history, to be honest,'' said Vijay Muralidharan, Calgary-based director of consulting with Kalibrate, formerly Kent Group Ltd. "As far as I can remember, we haven't seen these prices.''

The price consumers pay at the pump varies by region, depending on local market conditions and regional taxes. In Vancouver, for example, gasoline prices were higher this summer than they are now, hitting an eye-watering $1.73 per litre on Canada Day.

But the price gains occurring now are unprecedented in their scope, with drivers in parts of Alberta, Manitoba, Newfoundland, and the Greater Toronto Area all seeing record-high prices this week, according to the fuel price tracking website GasBuddy.com.

Some markets have even seen double-digit week-over-week price increases. Drivers in the Manitoba cities of Brandon and Winnipeg, for example, saw the price at the pump go up by more than 11 cents per litre in the last week alone, according to Natural Resources Canada data.

The majority of the gains are being driven by the price of crude oil, which is at seven-year highs due to increased demand globally as pandemic restrictions ease and economic activity picks up, Muralidharan said.

While gasoline prices spiked this summer during peak driving season, that pattern is normal and to be expected, Muralidharan said. What's unusual now is to see prices so high in the fall. Muralidharan said refiners and retailers haven't reduced their margins yet from the summer peak because driving demand is still so strong, especially in the U.S.

"The driving season usually ends in September, but it's still going strong. And what happens in the U.S. affects us here,'' he said.

Muralidharan said gasoline prices usually settle back down by winter, but this year there are many unknowns related to the trajectory of the COVID-19 pandemic as well as the outcome of a dispute between Canada and the U.S. over Michigan's attempts to turn off the taps to Enbridge Inc.'s Line 5 pipeline. The pipeline provides nearly half of the fuel supply to Ontario and Quebec, but Michigan has attempted to shut it down citing the perceived risk of a spill.

"(Gasoline) demand usually goes down after October, that's what history has told us. So if that's true, we'll see some pullback in pricing,'' Muralidharan said. "But this year there are so many uncertainties out there that we don't know if these prices are going to be sustained.''