A quick scan of recent media headlines tells a troubling story that needs to be immediately taken seriously.

Contraband tobacco taking over up to half of B.C. market, retailers and industry fear

Those headlines – all since November 2022 – reveal a growing black-market for the sale of contraband tobacco that is now encompassing Canadian communities from the Atlantic to the Pacific.

Why should anyone be concerned? Contraband costs us all.

Most importantly, it's about the safety and viability of communities.

No one wants to admit it, but the growing illicit tobacco market is not only closely linked to crime, it’s financing it.

Organized crime and criminal gangs are using proceeds from contraband tobacco as an avenue to further the sale of street drugs and illegal weapons because it is a very lucrative business – eight times more profitable than the sale of drugs themselves.

And that’s a high reward with a very low risk of getting caught and results in more gangs, more guns and more grief on the streets.

When you add the impact on convenience stores, government coffers, public health and communities together, it quickly adds up to a crisis.

How did we get here?

The core of the problem is over taxation. For too long governments have pursued a failed policy that has done little to impact smoking rates and has instead created an unregulated illicit market.

Currently, B.C. has the highest provincial tobacco taxes resulting in the largest contraband market in the country.  When consumers can buy a carton of contraband tobacco for $45 on the street, who is going to opt to purchase a $178 carton of legal cigarettes at a convenience store?

As a major priority for the industry, CICC is advocating to governments at all levels that this is an issue that no-one can sweep under the carpet any longer. There is an abundance of evidence that points to the need for action and we have developed a tangible solution—5-Point Plan – that can be adopted by governments immediately.

We also advocate that convenience retailers are the most responsible retailers with a proven track record. CICC’s ID Please program sets the gold standard for training staff and is very economical.

We have also launched a public education campaign – contrabandcostsusall.ca – to raise awareness about how this impacts Canadian communities.

It did in Quebec.  But it took a lot political will by the provincial government to institute measures – similar to what we are recommending today – in hard-hitting legislation.

Quebec reduced its rate of contraband tobacco from approximately 33% to 12% within two years. And 2020 provincial budget documents highlighted that the government spent $14.4 million on its contraband tobacco program and yielded a return of $206 million – that’s a return of over $14 for every dollar invested.

Contraband tobacco costs us all, including the livelihood of law-abiding retailers who are threatened by gangs in their own parking lots. But it doesn’t have to.

If governments are truly committed to reducing crime in Canadian communities while helping small businesses, it must take steps to battle the illegal tobacco market immediately. There’s a tried and tested solution ready to be implemented. The question is: do politicians have the political will to take action?

If they opt for the status quo, they will continue to put the safety of Canadian communities at stake by enabling organized crime to strengthen their roots on our streets. 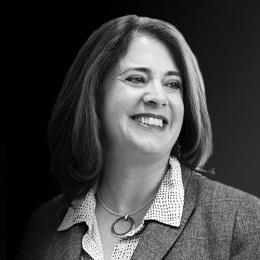