In 1886, Atlanta pharmacist John S. Pemberton came up with the most consequential new consumer packaged good product idea in recorded human history—Coca-Cola. The key to this innovation was the mixing of uniquely flavoured syrup with carbonated water, creating the first Carbonated Soft Drink (CSD).

A single serving of Coca-Cola in 1886 sold for 5 cents per glass and daily consumption was approximately nine glasses per day, making for an annual revenue of less than $200. From this humble start, the Coca-Cola Company has grown during its 100-plus years to a market cap of roughly US$230-billion. Current global consumption of all types of Coca-Cola beverages is close to 2-billion servings per day.

Trend is your friend, until it ends

Despite its market dominance, there are storm clouds gathering on the horizon for traditional Coca-Cola.

According to Euromonitor International, a leading independent provider of strategic market research, North American sales by volume of CSDs have shrunk by approximately 1% per year since 2014. In contrast, during the same period, sales of better-for-you health and wellness beverages have increased nearly 30%.

In a recent presentation, Beverage Marketing Corporation noted: “Carbonated soft drinks… declined slightly for the 14th consecutive year, and declines have continued into 2019… more declines are likely to come in the years ahead (as) consumers are migrating to healthier options and want more variety.”

CSDs, while still a significant slice of the beverage pie, are trending down in mature Western markets.

The rise of functional beverages

There are many terms that can be applied to beverages under the umbrella of better for you (BFY) or health and wellness . 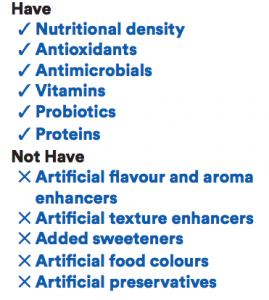 Claims of digestive/gut health, high protein and probiotics are all trending up. Significantly, the global trend on new soft drinks launches with a kombucha claim tracked 68% growth. (See below for examples of new products.)

Be thirsty for change

Technomic’s 2018 Canadian Convenience Store Consumer Trend Report states: “Healthy eating trends are creating opportunities for c-stores. Increasingly, consumers are seeking not just healthy options, but foods and beverages that provide meaningful benefits.” Global consumer demand for functional beverages is expected to expand at a compound annual growth rate (CAGR) of 11% from 2019-2023, with 36% of the growth coming from North America (Exhibit 1).

And there’s even more on the line when it comes to owning the beverage space. For instance, using beverage offerings to achieve broader consumer reach is exactly what McDonald’s did a decade ago when it set out to target Starbucks and Tim Hortons with a fully revamped coffee program.

McDonald’s recognized that breakfast was the fastest growing part of the day for foodservice. According to research company NPD Group, breakfast sandwiches make up a third of all orders placed during that time of day. Combine that with the interest of GenZ consumers in premium coffee offerings, and McDonalds strategic path was clear—grow coffee consumption as a means to win the breakfast wars.

In 10 years, McDonald’s has tripled its drip coffee sales and more than doubled its market share to north of 13%. Its newest streetfront McCafés outlets extend the café experience with an eye towards capturing even more away-from-home food dollars.

After a century of unparalleled growth, shifts in consumer tastes away from CSDs have primed a reorientation in the beverage space. Fortunately, convenience stores can leverage competitive advantages to profit from this change. The opportunity is at hand to translate c-store strengths—diverse channel affiliations, large refrigerated and ambient shelf-space, and deep category knowledge—into the taking of a bigger slice of the pie.

Increasingly fragmented consumer demand for better-for-you beverages should be seen as a welcome challenge, an opportunity to leverage a c-store point of difference, and grow your bottom line.

Darren Climans is a foodservice insights professional with close to 20 years' experience partnering with broadline distributors, CPG suppliers, and foodservice operators. His practice is to understand issue-based decisions by taking a data-driven approach to strategic decision making