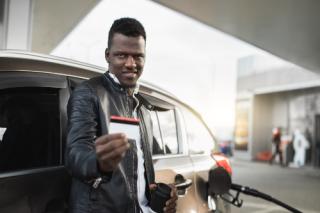 Canadian businesses are paying some of the world's highest credit card interchange fees. These fees are tacked on to every credit card transaction by companies such as Visa and Mastercard and their banking partners, and it can add 1.5% to 3% to the cost of doing business. Fees such as these are making it hard for operations like fuel retail, where razor-thin margins and high volume sales are the current business model.

On a $50 gas purchase, credit card companies and banks receive between $1 and $2 to stickhandle the sale, while the operator was hoping to make around $1.50 profit on the gas purchase. The operator's profit went to the card companies and banks, leaving the operator hoping the customer will come into the convenience store for a sandwich or buy a car wash package to make the gas sale worthwhile.

As it stands now, credit card companies and their bank partners are the ones making money off retail fuel sales, with operators looking to the forecourt as a loss leader.

“Canadians are still paying some of the highest transaction fees in the world, but we are better off than those in the U.S. where they have the highest fees,” says Dan Kelly, president of the Canadian Federation of Independent Business (CFIB).

He remarks that some progress has been made for in-store transactions where the fees have seen a small decrease. However, with the pandemic changing how people shop, there is less in-store traffic and far more e-commerce.

In 2015 lobbying efforts scored a win when interchange fees fell from 1.65% to 1.5% and the card sector said it was committed to reducing the rate further beginning in 2020. This effort has saved businesses about $1billion. But, there is still a long way to go to catch up with the European Union, where interchange rates are among the lowest.

According to the Retail Council of Canada (RCC), France limits interchange to 0.28% and the EU is moving to a 0.30% cap across the board. Altogether 37 countries have negotiated a reduction in transaction costs.

“We are asking to speed this process to assist with the business recovery from the pandemic,” says Kelly, mentioning ongoing discussions on a code of conduct. “As people turn more often to digital shopping and the use of credit cards for their purchases and use less cash it is highly important that these credit card service fees be right-sized and brought into reality.”

Will this happen? Consider changes in the United Kingdom following Brexit and current initiatives in the U.S. to raise rates. When the UK left the European Union, their transaction fee moved from 0.3% to 1.5%. In the U.S., Congress is expected to agree to a $1.2 billion increase in ‘swipe fees’ this year. Fees in the U.S. for Visa and Mastercard credit cards average 2.22% of the transaction amount and totalled $61.6 billion in 2020, a number that is up 137% over the previous decade (Nilson Report/Merchant Processing Fees in the United States).

“Our governments have promised a decline in the rate, but we are still waiting for this to happen,” Kelly says, mentioning that operators in some provinces may soon be able to attach a surcharge to purchases that utilize a credit card. This practise is standard in the EU but is currently against the agreement businesses sign with credit card companies here in Canada.

With the cost of fuel rising, it becomes a challenge to sidestep a credit card because customers need them to make larger purchases. There are still ways to limit exposure to the high cost of card transactions. Kelly suggests that businesses discuss the matter with their members of Parliament to put additional pressure on the government to get behind change.

With 30% of chargebacks coming from fraudulent card use, operators often are left with additional fees, estimated to be around 1.47% of total revenue. By using AVS (address verification system) and CVV (credit verification value) tools; operators can verify that the card on offer is legitimate. AVS works through a third-party service and incurs a small cost. The AVS system checks to see if the billing address of the customer matches the address on file with the credit card issuing bank. CVV is the three to four digit number found on the back of cards, including Visa and MasterCard. By asking for the CVV number, mandatory in Canada since 2018, the operator ensures the card is actually on hand when the purchase is being made.

2. Stay away from manual entry

Physically keyed-in transactions have the highest processing rates. The suggestion here is that if a customer’s card does not swipe, ask for another card or form of payment.

3. Do the paperwork every day

When businesses take their time to settle transactions, they often get downgraded, with interchange fees rising by as much as 0.5%.