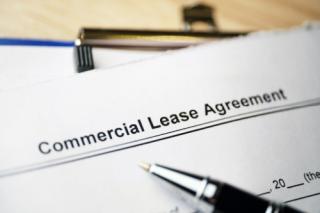 "We are certainly seeing growth in grocery, pharma and discount as well as the TJX banners (Winners, HomeSense and Marshalls) and Dollarama,'' said Jonathan Gitlin, the Toronto-based realty company's chief executive on a Friday call with analysts.

"Then we are also seeing in this kind of environment a significant return to service providers, whether they are nail salons, hair salons or medical uses, they are definitely net growers of space and certainly looking to occupy more and more of our existing space.''

Gitlin's remarks came after RioCan said Thursday that occupancy across its commercial portfolio increased to 97.3% in its most recent quarter, up from 96.4% at the same time last year.

Retail occupancy for the real estate trust's third quarter increased by 20 basis points from the prior quarter to reach 97.8%.

Analysts have been watching occupancy rates closely over the last few years as retailers have adjusted to shifting health measures triggered by the COVID-19 pandemic and changing consumer habits amid high inflation rates.

While some retailers shrank their footprints coming out of the health crisis, others have seen demand for their goods and services surge and are on the hunt for new spaces.

RioCan's portfolio is largely skewed toward necessity-based retailers like grocers, pharmacies and liquor stores seeking more space, but it's also benefiting because there is a scarcity of some properties, said chief operating officer John Ballantyne.

Properties measuring between 1,858 and 2,322 square meters are in high demand as are smaller units between 139 and 185 square meters, he said.

But Gitlin pointed out that inflation has not eased to comfortable levels yet and a recession seems imminent, so "there is an elevated risk of tenant failure.''

He sees RioCan's portfolio as "defensive'' and its tenant mix somewhat "insulated'' from the worst of these economic headwinds, but admitted there are some areas of concern, including cannabis tenants.

"There has been some fallout already from the store counts we have and I expect going into 2023 there will probably be some more,'' said Gitlin.

He chalked up any losses RioCan will experience because of the sector that has become oversaturated and less profitable than once expected to be a "rounding error.''

He also added that the company is protecting itself from the volatility by charging seeking significant security deposits from pot retailers, dealing mostly with the bigger and more stable brands and not putting any capital into their stores.

Aside from retail properties, RioCan is also in the residential real estate business.

It has increasing optimism about that part of its portfolio after the Ontario government announced in October that it will build 1.5 million homes in 10 years, and introduced new legislation designed to spur and speed up development.

Gitlin called it "a huge step in the right direction'' because there is a supply crisis in markets in Toronto.

"It has been a frustrating process for RioCan, as a willing and able provider of housing both affordable and market in the last five years to go through all the hurdles we have gone through to get limited product in the ground,'' he said.

"I can only imagine how difficult it is for groups that are less sophisticated and less well-capitalized than RioCan.''

On Thursday, RioCan reported a net income of $3.2 million, down from $137.6 million the year before.

Its property net operating income grew by 5.1%, driven by increases in occupancy, rent growth and increases, and a lower pandemic-related provision.