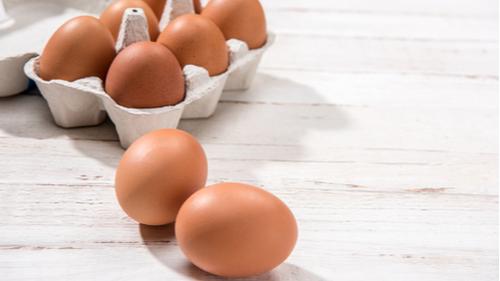 Kieran Christison, manager of Daybreak Farms, said while the price will go up by 10 cents for a dozen eggs early next year, the price of eggs will continue to escalate owing to increased feed and packaging (egg carton) prices.

The increase follows two recent hikes of 14 cents and 7 cents. The cost of egg cartons went up 50%, due to difficulty in procuring material like pulp to make these, she said.

The egg industry is a supply-managed industry regulated by the BC Egg Marketing Board which is in turn regulated by the Egg Farmers of Canada. These boards set a price on how much it costs to produce a dozen eggs to ensure that each farmer is getting a fair amount. The feed costs are incorporated in to the cost of production.

"So the farmers will always get a fair market price and if the feed prices go up, then the egg prices go up as well,'' she explained.

This year following the summer heat wave, feed prices went up by $200 to $250 per tonne. Daybreak Farms typically uses 36 tonnes of feed per month for their poultry, making it a "significant'' increase in cost for a small scale producer.

"If you don't have good feed, you don't have happy chickens and they're not going to be laying good eggs. So it definitely starts with the feed,'' said Christison.

Daybreak Farms procures its grains from a granary in Prince Rupert which was also affected by the supply shortage owing to the lower harvest volumes in the Prairies.

The heat wave, drought, and wildfires affected the crop production in Alberta and Saskatchewan from where most granaries get their supply.

With lower volumes of harvest and a consistently high demand, the price of grain shot up significantly, she said.

"So we've had to switch up some ingredients in the feed because of this drought,'' she said, adding Daybreak Farms pivoted to feeding the birds corn instead of wheat.

To add to it, Daybreak also lost two per cent of their total production during the heat wave.

"While the weather is hot people think about hitting the beach but we don't really think about what kind of impact it has on our food production,'' she said.

Then came the floods that isolated the Lower Mainland from the rest of the province. For over two weeks grocery stores in northern B.C. reported low stock with panic-buying further exacerbating the issue.

With nearly 80% of the egg industry based out of Abbotsford and Chilliwack, egg supply was also disrupted.

"A lot of of eggs that usually would be going out to the rest of the province are now either underwater or they are surrounded by water,'' Christison said.

And while the big producers pivoted to getting in egg supplies for the province from their sister companies in Calgary during this time, that was still limited to certain areas.

For instance, in the northwest, the supply came as far as Prince George and eggs weren't getting supplied west of Prince George, she said.

"We kind of took it upon ourselves to contact stores along Highway 16, just to get eggs on to the shelf and to get some food into the stores,'' Christison said.

While the situation presented them with an opportunity to expand their supply to local markets in the northwest, it also highlighted food insecurity up in the region, she added.