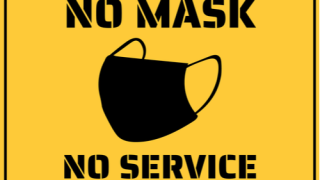 Manitoba's largest private-sector union is accusing the province and grocery store chains of "mass and catastrophic failure'' for poor enforcement of the use of masks by customers, thereby putting workers at risk.

The United Food and Commercial Workers Local 832, which represents more than 9,000 Manitoba grocery store employees and 2,000 security guards at retailers, is going public for the first time during the COVID-19 pandemic.

In a May 13 letter obtained by the Free Press, the union says worker safety has not been a top priority at several stores across the province, which are owned by Loblaw, Sobeys and Red River Co-op.

The letter does not mince words, beginning with: "If I were to show up to any of your stores today with no shirt, or no shoes on, I would be escorted out of the store immediately and refused service. But if I show up with no mask, I can still freely shop and get my groceries at most of your stores.''

It continues: "Every day we receive notifications about COVID cases within your stores, and thankfully these cases are mostly individual. Our members (and your employees) are telling us that now, more than ever, customers are showing up without masks. They are a safety hazard to our members and your customers. Our members feel unsupported-- some have even quit because you, as their employer, are not doing enough to ensure they are safe.''

The letter is not the only correspondence between the union and retail employers, or even the first to the province.

``It's just the first letter that the media has received and will thus be made public,'' said Jeff Traeger, president of UFCW Local 832, in an interview Thursday.

"During the entirety of the pandemic, we've tried our best to communicate and get answers internally about why the Pallister government or retail employers won't enforce rules about masking among customers,'' Traeger said, adding the union has sent numerous emails and letters, and has made calls on behalf of workers. It received either a one-line response or no response.

"The fact is, now we're getting pressure for immediate action from our members because they feel completely unsafe when so many people keep showing up unmasked and are allowed to do so, with these record-high case counts and new variants emerging.''

On May 13, Manitoba reported 560 new COVID-19 cases - its highest daily count since the pandemic began.

On average, at least a dozen people show up maskless every day at Manitoba locations of the Real Canadian Superstore, Extra Foods, No Frills, Safeway, FreshCo, Sobeys and Red River Co-op, Traeger estimated.

In some cases, such as at two Superstores in Winnipeg, that can rise to as many as 30 maskless people a day. It's worse in communities such as Carman, Steinbach, Morden and Winkler -- where "it's so common that public-health enforcement has stopped interjecting or mandating masking measures altogether,'' said Traeger.

Manitoba's public-health orders don't give a retail store the right to deny service to customers who don't wear a mask.

The only mention under provincial orders close to mandating masks requires the operators of an "indoor public place'' to "ensure that every person who is not wearing a mask while in the indoor public place is given a reminder to do so as soon as practicable.''

Traeger says that puts the onus on retailers. "And because government is not at all -- and I mean, not all -- enforcing mask measures at big-box stores, why would businesses want to lose business over a mask policy?'' he said.

"Loblaw is thinking Sobeys isn't enforcing the mask rules, and so their customer -- maskless or not, making workers unsafe or not -- would just walk over to Sobeys and they'd lose them. That's terrifying for other customers, yes, but especially the workers.''

In a statement, the province said, "Manitoba takes the enforcement of public health orders very seriously and has worked with many municipalities and agencies to enforce these orders and protect the public.''

The province declined to answer specific questions about enforcement. "It would not be appropriate to discuss the operation or the frequency of enforcement visits for obvious reasons,'' a provincial spokesperson wrote.

Sobeys and Red River Co-op did not respond by press time.

In a statement, Loblaws, which owns Superstore, said: "We believe that everyone has a role to play in keeping one another safe. The government requires that masks be worn in all indoor public places unless they have a valid exemption, a policy with which we are both legally obligated and happy to comply with, and expect our customers to do the same. To that end, we are pleased that the vast majority of customers comply, and our teams work with local authorities in the rare cases that they don't.''