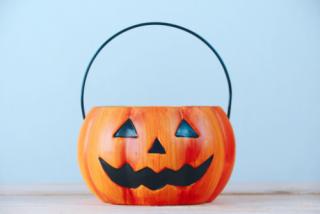 Supply chain issues could lead to

After two years of COVID-19 restrictions curbing Halloween, Canadians are expected to ramp up celebrations this year.

But the rising cost of goods and ongoing supply chain issues could put a kink in demand for costumes, candy and decorations.

New research by the Retail Council of Canada suggests 86% of Canadians will spend the same or more on Halloween this year compared with last year, with many making purchases a month ahead of time.

Consumers also appear willing to open their wallets for a trendy new costume or to stock up on candy, with more than half of Canadians celebrating planning to spend more than $50.

“I think Halloween will be met by huge demand,'' said Tandy Thomas, an associate professor at Queen's University's Smith School of Business.

“Halloween spending will likely mimic the strong consumption behaviour we've seen on travel and restaurants in recent months. There's a lot of kids that haven't really been out trick-or-treating for two years that will be itching to get back out there.''

That being said, Canadians feeling the pinch of soaring inflation may give out fewer treats, turn off the porch lights early or opt out of Halloween altogether.

Shoppers may also feel squeezed by so-called shrinkflation in the candy aisle – manufacturers putting fewer chips in a bag or candies in a box but still charging the same price.

“You could see more dark houses if people are concerned about costs and decide not to participate,'' retail analyst Bruce Winder said.

Part of the issue facing manufacturers and retailers is that forecasts are unreliable, Winder said.

“The toughest part of supply chains is predicting demand,'' he said. “But that's especially difficult to do right now because every season is a new way that consumers are behaving as they navigate through the pandemic.''

Depending on how demand unfolds, the potential scarcity could be particularly acute in the candy aisle.

“I think there could be supply shortages,'' Thomas said. “It's going to be harder for retailers to procure the inventory, which means there's probably not going to be as much excess and deep discounting on Nov. 1.''

Also, running to a drugstore Halloween night to replenish supplies might not be an option for people who underestimate the number of trick-or-treaters they'll receive, she said.

The Hershey Co. CEO Michele Buck said recently that “capacity is constrained'' in some parts of the company's portfolio.

The maker of Reese's Peanut Butter Cups has prioritized on-shelf availability of its everyday products to meet growing demand in that area, but has had to limit seasonal items, she said.

“We had opportunity to deliver more Halloween, but we weren't able to supply that,'' Buck said during an earnings call in July.

Hershey's spokeswoman Allison Kleinfelter said despite capacity constraints, the company has made more Halloween candy this year than last year.

But she still recommends shopping early.

“For the past two years, consumers have been buying seasonal candy earlier than in the past,'' Kleinfelter said. “This means that often a week before the actual holiday, seasonal packages can be harder to come by.''

“We have heard from some retailers that they've had a lot of supply chain challenges with this year's Halloween products in that suppliers were not able to provide requested quantities,'' she said.

“This means that there could be fewer quantities available for several key Halloween products."