The world’s first c-store opened in Dallas in 1927, yet the concept of “convenience” has evolved far beyond merely hours of operation in the nearly 100 years since. In the digital age, convenience is defined by being able to get what you want, when and how you want it, often with only a few clicks of a mouse or taps of a screen.

The good thing about innovators, though, is that they never stop searching for answers to questions that haven’t been asked yet. Here are just a few examples of how convenience stores around the world are striving to remain, well, convenient for the 21st century. 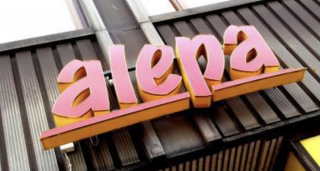 Personalization is becoming table stakes in the highly competitive retail landscape, but it’s not easily attainable in an industry that is heavily reliant on the economies of scale and traditional supply chains.

But the Finnish corner store chain Alepa found a way to “customize” its stores with a program called “Alepa Block Wishes,” a customization program that reflects the flavour profile and preferences of the individual neighbourhoods served by its approximately 270 stores.

Block Wishes is rooted in a Facebook chatbot that enables customers to request items to be stocked at their nearest Alepa store within 48 hours. The items are added to dedicated shelves called “Korttelitoive” (Block Wish). This lets people know that they are not only new products, but have been specifically requested by friends and neighbours.

According to Alepa, the product assortment at its neighbourhood stores started changing rapidly after the program was introduced, with one-fifth of its customers using the service. And of its first 150,000 orders, 70% were fulfilled within 48 hours. 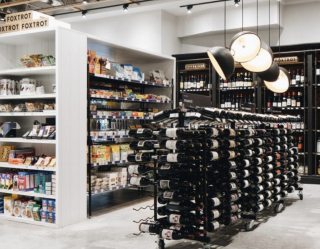 On the surface, Foxtrot’s core business model of one-hour delivery to local customers in certain areas is becoming increasingly commonplace in modern retail.

But what distinguishes the upmarket U.S.-based convenience store company is how it uses the data captured from those orders to determine what to stock on its store shelves, bringing new products to its stores based on customer trends. It also differentiates individual stores by showcasing local products.

Foxtrot raised US$42 million in a Series B funding round in early 2021, which it will use to double its store count this year while expanding its line of private label packaged goods.

“By accelerating its e-commerce capabilities and offering nationwide shipping on items like chef-driven packaged products, private label and exclusive-to-Foxtrot goods, and wine, Foxtrot will further itself as the nation's premier corner store,” the company said. 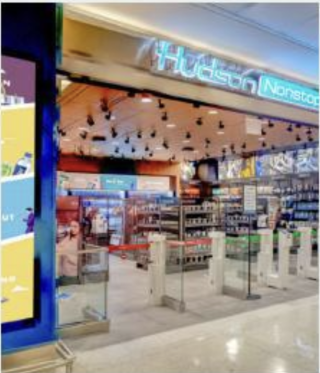 Convenience stores have earned a reputation as a “grab and go” option over the years, but the U.S. chain Hudson is making that a literal feature of its stores. It’s part of a shift towards so-called “frictionless retail” that experts say is only going to accelerate.

Customers enter the 1,000-sq.-ft. store by inserting or tapping a credit card, and once they’ve made their selections, leave the store without having to wait in line or interact with a store clerk. Payment is automatically deducted from the account linked to the card.

The company opened its second Hudson Nonstop store at Chicago Midway International Airport in June (it opened the first store in Dallas in March). It is also experimenting with vending machines featuring popular brands in categories including eyewear, electronics, skincare, toys and lifestyle accessories.

Hudson’s executive vice-president and COO Brian Quinn says that automated retail enables the company to recreate the “strong sense of place” associated with its stores in a smaller, non-traditional footprint. 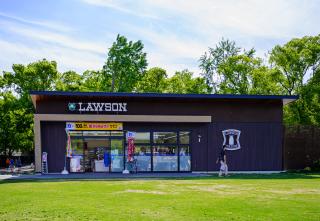 Japan, a country known for its innovative convenience stores, wastes as much as six million tonnes of food each year and spends an estimated 2 trillion yen (about C$22.8 billion) on disposal.

One of the companies working to reduce food waste is the c-store chain Lawson, which has started using AI technology supplied by the U.S. firm DataRobot to estimate how much product on the shelves of its more than 18,000 stores might go unsold. Lawson says that disposing of food waste is the biggest cost for franchise owners after labour.

The company has stated that it hopes to reduce overstock by as much as 30% in the markets in which the technology has been introduced, and says it wants to halve the amount of food waste in its stores by 2030.

In 2019, Lawson also launched a program in which it discounted food items like rice balls and lunch boxes that were close to their sell-by date. Its operators also started offering incentives of 5% of the value of their purchases to loyalty members to incentivize them to purchase items nearing their expiry. 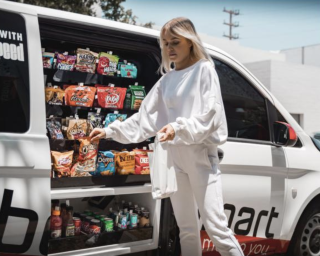 Billed as “the first store that comes to you,” Santa Monica, CA-based Robomart is a store-hailing service that enables people to request one of two different types of vehicles: A Pharmacy Robomart featuring health and personal care items like pain relief and soap, and a Snacks Robomart featuring chips, soft drinks, chocolate bars, etc.

Customers can access the service by downloading the Robomart iOS app and setting up an account. After hailing a Robomart, the vehicle pulls up to their location within as little as five minutes, sending an arrival notification to the user’s phone.

They open the vehicle’s door with the app and take out the desired items, with Robomart automatically tallying up the items removed and charging the payment card that is on file. The cars currently have drivers (although they don’t interact with customers), but the plan is for it to become a driverless service. 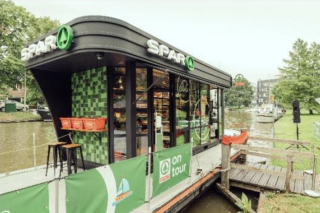 Dubbed a “mini market for the modern age,” in 2020 SPAR, a chain with presence in 48 countries, debuted this new portable concept in the Netherlands.

SPAR Mini Markets are about 173 sq. ft. it can be set up almost anywhere, from train stations to parks and even floating on the water (ideal for Dutch consumers living on houseboats). Products are changed six times daily based on the real-time evolving needs of consumers, which enables the retailer to maximize assortment and cater to dayparts in the small space, while also encouraging repeat visits. Stores accommodate one staff member and one shopper at a time. 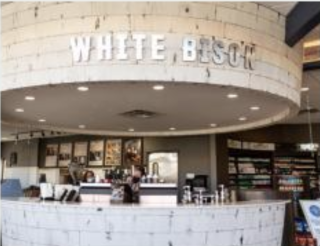 Nashville-based Tri Star Energy makes its c-stores a Twice Daily destination with an upmarket coffee experience that keeps customers coming back for more.

As c-stores go head-to-head with QSR, many are elevating their coffee programs with bean-to-cup machines and diverse offerings to attract caffeine-craving consumers. However, Tri Star Energy is acknowledging the power of coffee as a driver of growth by co-locating its Twice Daily stores with its stand-alone White Bison Coffee concept.

In addition to conveniences staples and a fresh on-the-go menu, customers can pick up everything from handcrafted speciality cold brew to single-origin, pour-over coffees. Some locations also have drive-thru windows.

If you’ve come across a global convenience or gas retailer you’d like to share, email [email protected]