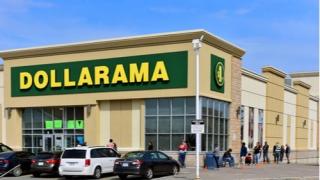 Dollarama is partnering with Instacart for same-day delivery across the Greater Toronto Area.

More than 200 of the discount retailer's stores now offer deliver of everything from snacks to groceries, school supplies, household goods and other general merchandise.

Instacart became a delivery staple during the pandemic and now partners with more than 600 retail brands operating close to 55,000 stores across more than 5,500 cities in the U.S. and Canada.

Here, that includes major and up-market grocers, as well general retailers and pharmacy. Instacart has yet to partner with a convenience retailer in Canada. However, in May of this year announced the expansion of its collaboration with 7-Eleven in U.S. to include an additional 4,000 new stores nationwide, bringing the total to nearly 6,000 7-Eleven stores.

Instacart continues to make inroads in Canada. In June, it debuted in Quebec, marking the first time the company has translated its same-day online grocery delivery platform outside of English. The company now operates in 10 provinces.

The delivery service is available to more than 80% of Canadian households.