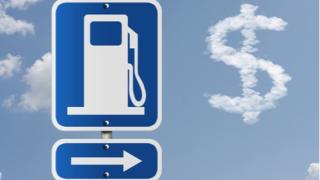 In their recent study on the second quarter of 2021 (Petroleum Pricing in Canada — the Q2 Report), Kalibrate showed retail gasoline and diesel prices reaching highs not experienced since 2018. Crude prices and gasoline refining margins climbed to two-year peaks, and diesel refining margins expanded to a 14-month high.

The Q2 Report noted that refineries ramped up activity to keep pace with increased demand for refined products as economic activity picked up momentum. The result was a reduction in crude oil inventories. Further tightening occurred as extremely cold weather at the beginning of 2021 took a significant amount of North American crude oil production offline. And, while production returned to normal levels following the change in weather, North American crude oil production remains below pre-pandemic levels. Canadian crude prices reached a 25-month high in June, averaging nine cents per litre above the previous five-year average for the quarter.

Prices to remain high through summer

Kalibrate’s senior consultant, Vijay Muralidharan, notes that the price of gasoline in Canada has been steadily rising since the end of 2020. Today’s pump prices (Aug.17) in Calgary are above $1.34/L, and locales such as North Vancouver are seeing pricing closer to $1.70/L

“The biggest driver for this is crude pricing,” Muralidharan said in recent interviews. “Since the end of 2020, the crude price has been marching along at quite high levels. For every $1 change in crude pricing, the gasoline price goes up by 0.55 cents. This is that time of year where refinery margins also go up at the same time along with crude pricing. There’s also a carbon tax that came into effect in April on 2.9 cents a litre.

“There has been a lot of volatility in the market, and the market itself is trying to figure out what OPEC is trying to do. We have to wait to see what their plans are.

“We think they’re going to unwind supply in a measured way, which means they want to keep stable prices as well as increase supply to meet higher demand. We’ll soon see the price of crude at around $65 to $70 plus per barrel, which will facilitate the current levels of gasoline pricing until the end of summer.”

Muralidharan expects the current price level to sustain until September, after which there should be some pullback in prices as OPEC slowly increases their supply and the driving season demand wanes. 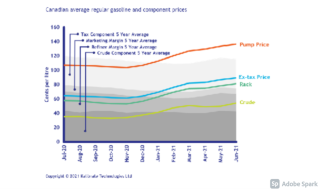