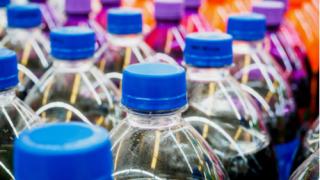 In its recent budget, the Newfoundland and Labrador government announced it would introduce a new tax of 20 cents per litre on sugary drinks, starting April 2022. This would likely be a first in Canada. So far we know very little about how the tax would work, which products would be affected, and how revenues from the tax would be used by the government. However, when a government commits to taxing a food product, it always needs to proceed with extreme caution.

Many countries have already taxed sugary beverages with some degree of success. Mexico, which has one of the greatest per capita consumption of soft drinks globally and high rates of obesity and diabetes, has become a well-documented case. A recent report  found the probability of becoming a medium or high consumer of soft drinks in Mexico had decreased because of the tax. Additionally, during that same period, the probability of becoming a low consumer or non-consumer had also increased. Encouraging results.

The study, which received a lot of media attention, enticed many public health experts to support the concept of a sugar tax simply based on a belief it would discourage consumption. The reality is a little more complicated than that.

Many studies looking at the impact of a sin tax on sugar-sweetened beverages will often look at soft drinks in isolation. Studies have suggested that consumers in a country with a sin tax are tempted to buy other non-taxed food products to get their sugar fix. For example, Mexico's obesity rate has increased since the tax was implemented in 2014.

Also, keep in mind, a tax will not necessarily make these products more expensive to buy at retail. Given the high margins in this category, the sugar tax is simply absorbed by the supply chain.

We should dread the moralistic state that opts to use a sin tax to punish consumption. We have seen it with alcohol, cannabis and cigarettes. We have come to accept these products should be taxed for one reason or another, but these products are not food. If sugar can be taxed, a revenue-hungry government could eventually opt to tax sodium or even fat. Some dairy products, meats, even natural juices, for example, could be part of some government’s hit-list someday.

Another dark side of sin taxes is how funds are spent in government. Funds generated from sin taxes are often ill-directed and will support the government’s problem of the day. Funds often end up in some bureaucratic black box and are often used for other means than what was originally planned. Many countries have promised to use revenues coming from sin taxes to spend on preventive medicine programs, awareness campaigns, or even in health care generally. It either rarely happens or the accountability is just not there.

Most public health experts want to believe in the effectiveness of a sin tax on food, but the evidence is still quite weak. Most studies suggesting a decrease in consumption of taxed products have flawed samples, and a scope of analysis that excludes the influence of untaxed sugared alternatives.

In the end, education may be the most powerful tool we have. Soft drink consumption per capita in Canada has in fact decreased in recent years, without a sugar tax. An increasing number of Canadians have moved away from sugar-sweetened drinks due to effective awareness campaigning. Empowering consumers with more information can only lead to altered behaviours and choices.

If Newfoundland and Labrador wants a sugar tax, it’s certainly not to get its people to lead healthier lifestyles. Based on what has happened elsewhere, the government should be honest and simply state that this is very much about paying its bills.

Sylvain Charlebois is professor in food distribution policy and senior director/AGRI-Food Analytics Lab at Dalhousie University. He is the author of "The Food Processor" blog series for Canadian Grocer.